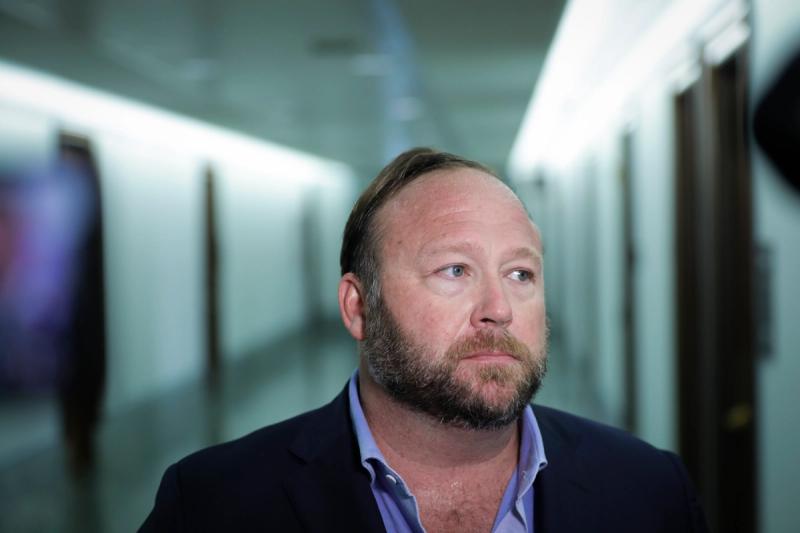 On Jan. 6, 2021, Alex Jones stood before the crowd gathered outside the US Capitol to protest the certification of Joe Biden’s electoral victory. Through a megaphone, he admonished the assembled Trump loyalists to stand down and return to the permitted protest area. “We’re not BLM, we’re not antifa,” he pleaded. “We’re not going to give the system what it wants.” Needless to say, his warnings failed to stop those who charged into the Capitol.

The events at the Capitol that day, and Jones’s part in them, were captured at close range by filmmaker Alex Lee Moyer, who previously gained notoriety for her 2020 documentary on incel subculture, TFW No GF. When Moyer began filming Alex’s War, she couldn’t have known that it would grant her an inside view of Jones’s role in one of the more turbulent transfers of power in American history, making her new documentary at once a compelling personal portrait and an important chronicle of our times.

Jones’s proximity to the Jan. 6 debacle was both a symbolically appropriate climax of his public career and a somewhat ironic imbroglio. For decades, he has warned of the “Reichstag fire” events used by governments to expand power and curtail freedoms in the name of security. If we accept his read on Jan. 6, the invasion of the Capitol was precisely such an event, spurred on by agents provocateurs embedded in the crowd.

If we don’t, the effect is the same: From Trump’s social-media ban to the recent congressional hearings, it offered a pretext for the systematic suppression of the Trumpist threat. But that also means that Jones, despite his attunement to such risks, stumbled part way into a trap. He seems to concede as much, calling Jan. 6 “a total nightmare, one of the worst days of my life.”

Alex’s War alternates between footage from the “Stop the Steal” rallies Jones spearheaded in the months before Biden’s inauguration, coming to a head with the chaotic Jan. 6 finale, and sequences surveying Jones’s three decades as an outsider media entrepreneur, starting with his early years on public-access TV. What all this suggests is that Jones’s deep investment in Trump’s political fate was in some ways a surprising turn of events in light of his earlier career.

The archival footage assembled by Moyer makes clear that the Infowars host long treated all party politics as a sham and major-party candidates as mere puppets of the globalist elite who exercise power behind the scenes. As anyone who followed Jones before Trump’s ascent will know, he treated the Bushes père et fils, Bill and Hillary Clinton, and Barack Obama as a succession of barely distinguishable stalking horses for the emerging New World Order.

Jones has become a central figure in liberal demonology in the past decade for his claim that the Sandy Hook shooting was a hoax, which in turn saddled him with a pile of damaging lawsuits. But well before that, he was lambasted by conservatives for his relentless attacks on the Bush administration, the War on Terror, and the national-security apparatus, and especially his promotion of the idea that 9/11 was an inside job. His partial rapprochement with the GOP was not foreordained, and seemed to be the result of Trump’s courtship of him, which began with a December 2015 call-in appearance and culminated in the remarkable granting of a White House press pass to Infowars correspondent (and longtime “birther”) Jerome Corsi in 2017.

Of course, Trump himself hadn’t been a loyal Republican over the decades before his run, and had taken many potshots at both parties and their grandees, while also currying their favor at times. In this and other ways, it’s unsurprising that he and Jones found a certain affinity with each other. Both were self-styled anti-establishment outsiders at the helm of personal media and branding empires that revolved around their outsized personalities; both were outlandish performers who had built up their public images in part through cartoonish hyperbole.

Like Trump, Jones made a successful transition from the airwaves of the late 20th century to the proliferating digital channels of web 2.0. Both are now almost entirely banished from the commercial internet—victims of their own success at expanding the limits of what was possible, briefly, in a media landscape without gatekeepers. If nothing else, their subversive antics forced power to show its true, repressive colors, much as Jones might have predicted decades ago.

In one sequence, Moyer splices together a series of media personalities—from Stephen Colbert to Megyn Kelly—denouncing Jones, along with scenes of him playfully assuming the character his critics ascribe to him: donning a tinfoil hat, wearing clown makeup, and so on. Reflecting back an even more extravagant version of what his critics see in him, as in a carnival mirror, has been a successful strategy of deflection for Jones for many years. Likewise, in court, his attorneys sometimes characterize him as a “performance artist” portraying a fictional persona.

“He is … a representative figure and a pioneer of strategies now ubiquitous among more respectable purveyors of news.”

But it’s partly in this postmodern blurring of truth and fiction that Jones is no longer simply a demonized outsider. He is also a representative figure and a pioneer of strategies now ubiquitous among more respectable purveyors of news. In a recent essay, the political scientist Jon Askonas describes the emergence of “a model of content production and audience catering perfectly suited to monetize alternate realities delivered to fragmented audiences.” The media personality Askonas identifies as the pioneer of this model isn’t Alex Jones, but Jon Stewart.

The Daily Show extended universe, like Infowars, rose to prominence in the transitional period between the televisual and digital eras, and shared a surprising amount with Jones’s project: blurring of the fake and the real, the playful and the serious, performing and reporting. In different ways, both were at the forefront of the fracturing of the public from the large audiences of network news into endless fandoms arrayed around the charisma and authority of on-air personalities whose revenue comes not from advertising, but from subscriptions and merchandise.

It’s fitting, then, that Alex’s War portrays Jones as what he is: an important figure in American public life whose influence should be taken seriously even by those who detest him. Moyer is sure to be denounced for failing to provide “context”—that is, the requisite throat-clearing and “expert” commentary obligatory for treatments of risqué subject matter. Her film should be commended for treating her viewers as adults capable of drawing their own conclusions.

That said, it’s unfortunate that the film mostly omits discussion of the lawsuits from Sandy Hook parents that now threaten to leave his media empire in ruins. The revenue model Jones relies on means he could survive the coordinated deplatforming he faced several years ago, since much of his audience would follow him anywhere. The defamation suits are a different sort of threat, and one with more ideologically ambiguous valences within the ongoing free-speech wars.

When addressing his promotion of the Sandy Hook hoax narrative, which he now says was a mistake, Jones notes that outlets like The New York Times have made more deadly errors (or lies), like propagandizing for the Iraq War. It’s true enough, but it also avoids a more serious question: As media upstarts expand their influence alongside the establishment’s decline, what is their responsibility to the public and to truth? Jones has no answer, but neither do any of his more respectable counterparts.

The opening and closing scenes of Alex’s War show him striding through the streets of DC to the melancholy strains of Wagner’s Lohengrin. The framing suggests that Jan. 6 was the culminating battle in the information war he has fought for decades. Due to his setbacks there and in court, it seems he may go down in defeat, not only because of the determination of the enemies arrayed against him, but his inability to resolve the contradictions of his own position: crusader and clown, truth-teller and performance artist, presidential confidant and insurgent. But these are not only Jones’s contradictions, but those of our entire hyper-mediatized culture. 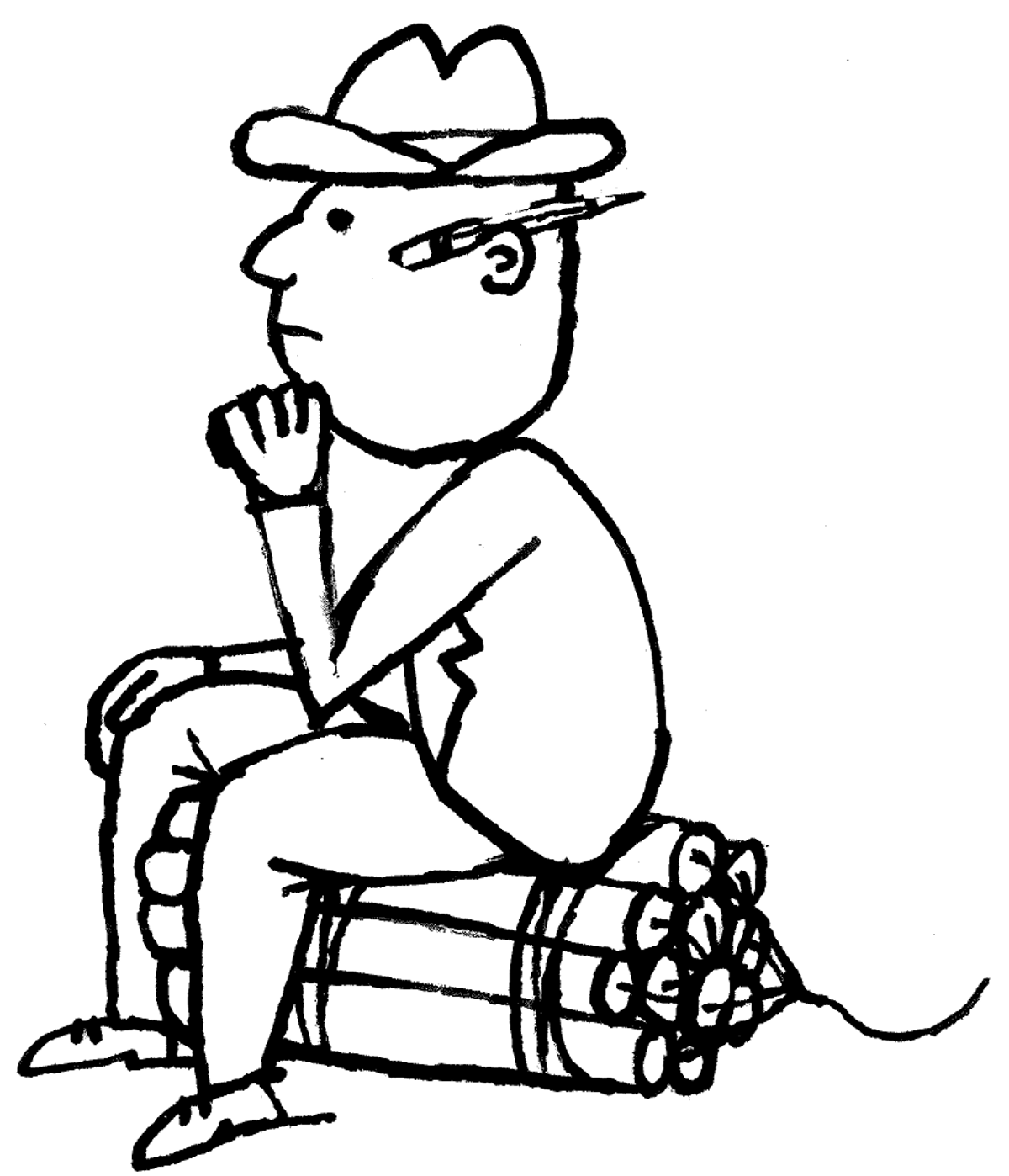 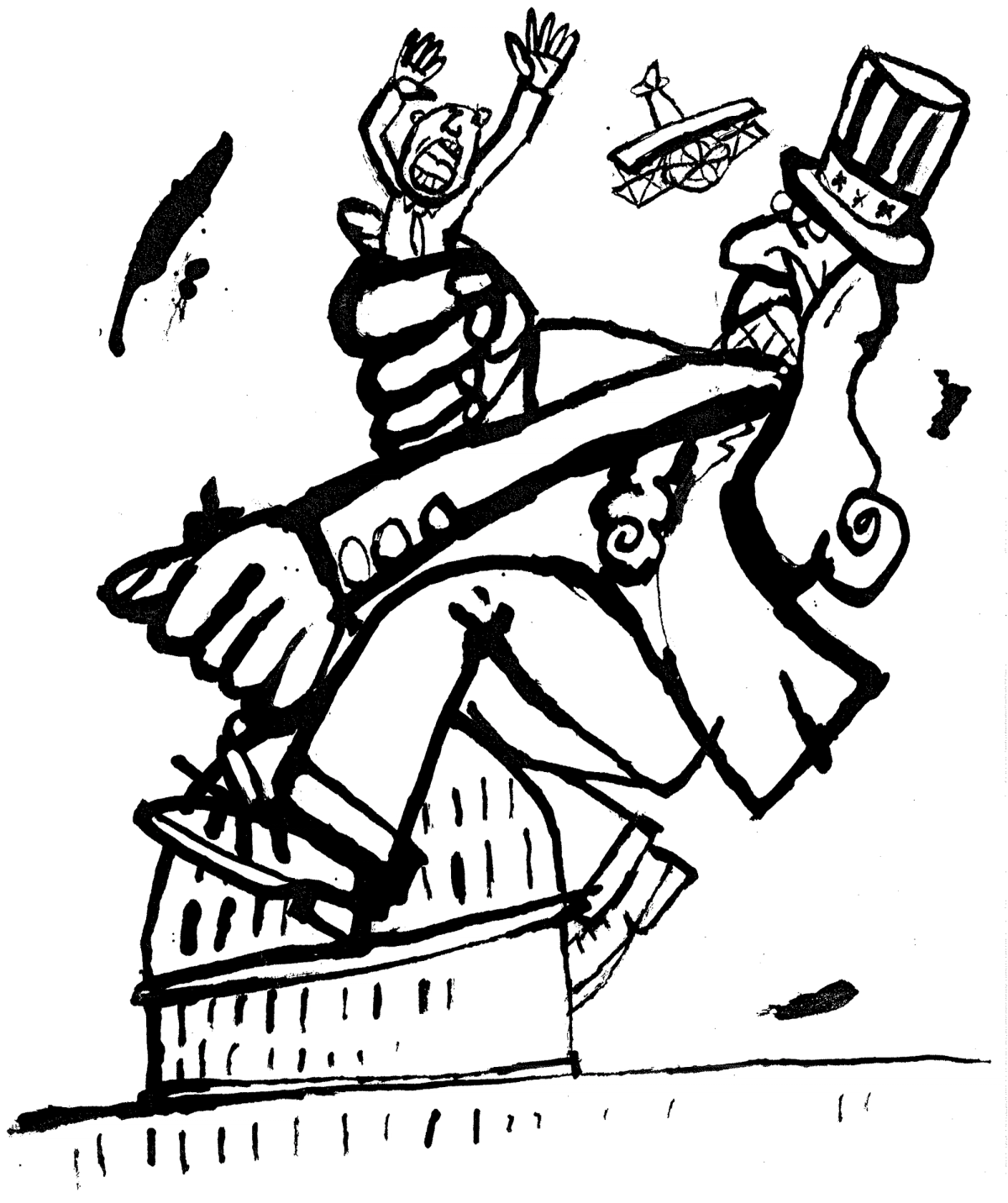