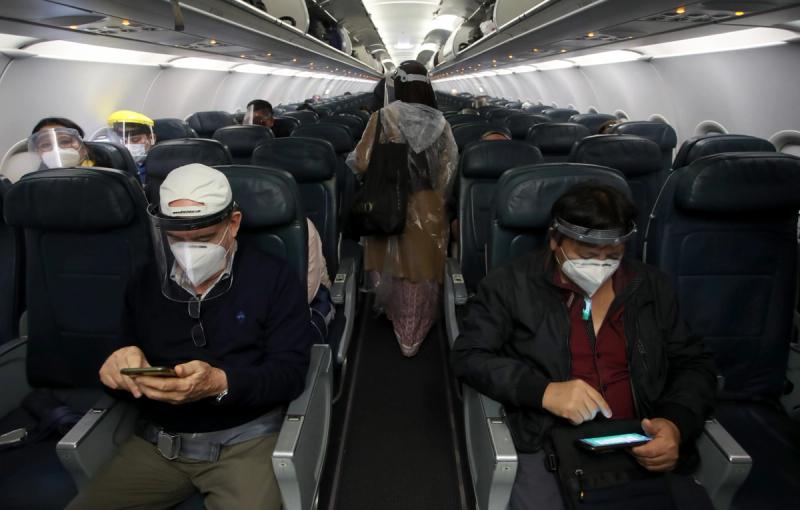 Last spring, after not flying for a year, I boarded a plane for New York City from my home in Montana. Shortly after takeoff, I raised the shade on the window beside my seat to gaze down at the landscape. I’ve done this with plane windows since a flight in childhood, when I was able to spot a highway bridge near the small town where I lived.

“Can you slide that down?” said the passenger beside me, speaking through his mask. I looked at him, confused by his request, because it was 11 in the morning, not an hour when most passengers wish to catch a nap. “The glare,” he said by way of explanation. He nodded at his phone, on whose screen was a game featuring animal characters, then gestured toward the seats in front of us. I saw then that mine was the only window shade open in our section of the cabin, a long, dim, tubular chamber of human galley slaves apparently chained to their devices.

“I think I’ll sightsee a little longer,” I said. I turned my head and focused on the mountains, aware of my seatmate’s raw hostility as he turned up the soundtrack of his game. Later, when I needed to use the bathroom, I lowered the shade before asking if he’d make way for me. The gesture succeeded, but the tension lingered.

For all of flying’s hassles, I used to like it; I liked it so well that I wrote a novel about it, Up in the Air, which was made into a movie. Now I don’t like it at all. As one of the last mass social experiences shared these days by ordinary Americans, air travel is a telling indicator of how well, or how poorly, we get along.

Sadly, the news from the skies isn’t encouraging. Once, a degree of politeness could be relied on, a fundamental sense of comity as strangers with at least one thing in common—their desire to reach a given destination safely and, hopefully, on time—agreed to a temporary peace pact governing their hours of forced togetherness. Brawny men helped stow bags for smaller women. People swapped seat assignments in the aisles so couples or families could sit in the same row. Occasionally, pleasant small talk even broke out, sometimes over a book someone was reading, back when best-selling books took paper form and could be identified on sight. These gestures and pleasantries haven’t wholly vanished, but I notice them much less often than I used to, and they stand out when I do. They seem to draw from some reservoir of cheer—or credibly simulated cheer—installed in our species by history or nature to ease our transit through crowded situations. A reservoir that may be drying up.

“I lowered my mask to order a diet soda and was met with a wagging finger and a glare of a sternness I hadn’t faced since grade school.”

I have my ideas about why this is occurring. Shrinking seats, diminished leg room, and flights that are routinely overbooked by airline computers that I fear are programmed with game-theory models based on Cold War brinkmanship play only minor parts in my analysis. Yes, the captains of the aviation industry have tested customers’ psychological limits concerning personal space and so on, but this has been a long and gradual process, one we have had time to adjust to and absorb. By itself, it can’t quite account, from what I’ve seen, for the precipitous deterioration of in-flight civil society, such as it is.

The mandatory masks don’t help, of course. In less confined, less hectic settings—restaurants, stores, and such—anonymized faces don’t loom and swarm the way they do on planes, which emphasizes the latent claustrophobia. It’s hard enough while being squeezed and jostled to summon empathy for one’s fellow passengers, but when the buffer of smiles is removed—the mollifying, apologetic smiles triggered by spilled drinks and stepped-on toes—minor aggravations swell. They especially swell when authority is involved. Last month, about halfway through an endless flight which found me in a narrow middle seat between two laptop users with their trays down, the flight attendant rolled up with her drink cart. I lowered my mask to order a diet soda and was met with a wagging finger and the glare of a sternness I hadn’t faced since grade school. I tried to explain—“I wanted you to hear me”—but the attendant didn’t soften. “Put it on,” she barked. I fumblingly obeyed her and then, obliged to abase myself again, repeated my drink order through a layer of cloth. Prepare now for the joke ending:

But enough with the sour anecdotes. It’s time for my pet theory, my explanation for the outbursts —some of them rattlingly explosive—that I’ve witnessed all too often since resuming my post-pandemic travel schedule.

I think the problem with flying now is our access to virtual flights within our flights. I’m referring to our phones and our computers, which we sometimes equip with trance-enhancing headphones. They rob us of our old patience, I believe, by affording us access to realms of mental space, and the promise of freedom that comes with them, which physical reality can’t accommodate. The social commons, particularly on planes, is severe in its boundaries regardless of ticket class, but what makes it unbearable in too many cases is the frontier adjacent to it. It’s a frontier of endless self-indulgence, of unlimited agency (or so it seems), but the portal to it is subject to random jam-ups arising in the social dimension. The person beside you raises his window shade, seeking his own version of escape, and cuts short your game, your lonesome fantastic voyage. You realize that, as ever, you’re surrounded.

It’s no wonder you want to scream. 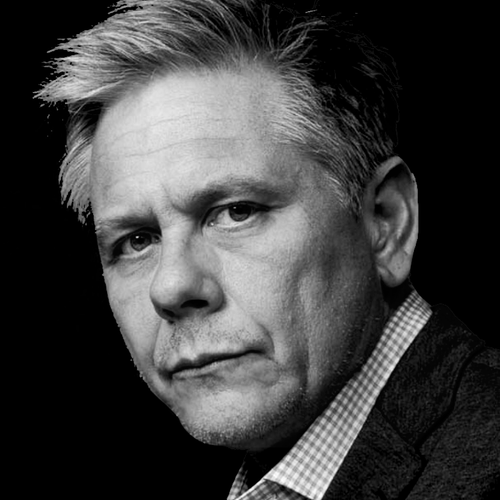 Walter Kirn is a columnist for Compact. His latest story, There Is a Bear in the House!, is out now from Amazon Original Stories.