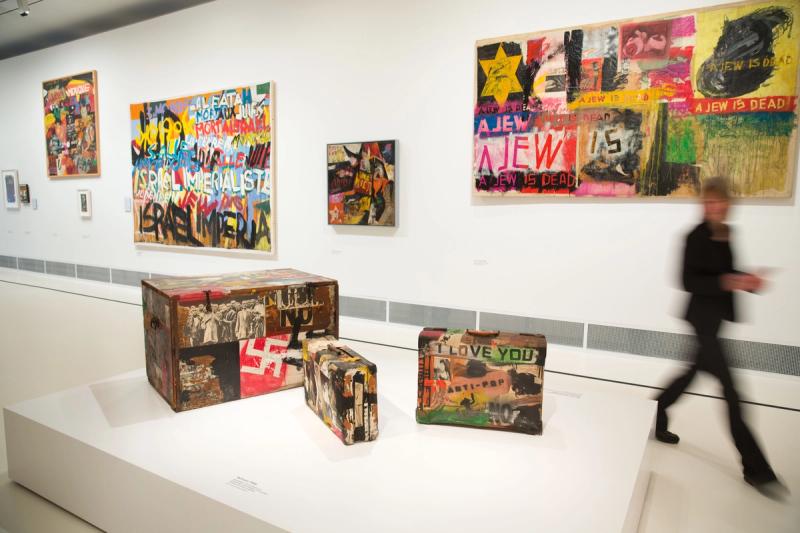 The artist Boris Lurie was born in Leningrad in 1924 and raised in Latvia. His mother, sister, and first love were among the 25,000 Jews slaughtered by the Nazis in the Rumbula Massacre, near Riga, in the first week of December 1941. Boris and his father were taken to the camps. He survived and made his way to New York in 1946. Oppression and trauma have been fashionable themes in contemporary art for decades now, but very few living artists have undergone the kind of pain and violence Lurie endured.

Now the subject of a retrospective at the Museum of Jewish Heritage in New York, Lurie made art as an attempt to convey the Holocaust at a subjective level—being a victim of it, and having to live on after it. The result is a fascinating and rich art of failure, trapped between the ambition to convey the unspeakable and an acceptance of the impossibility of doing so. Lurie’s work is trapped in his memories, almost as if the next 60 years of his life didn’t happen at all. He was, along with an entire generation brutalized by the Nazis, cryogenically sealed in despair.

Formally, Lurie’s best-known paintings—composed in New York in the decades after the war—could be considered retrograde for their time. While Pollock and deKooning were radically redefining painting with abstract expressionism just blocks away, Lurie’s early works from the “War Series”—those most heavily featured in the new exhibition—are placed more comfortably alongside the prewar surrealism of Max Ernst or Dorothea Tanning. But while most surrealist painters remained fanciful and fantastic, Lurie abandoned the evocation of dreams for the embrace of reality at its most nightmarish, inadvertently fulfilling the darker promise of the surrealist ethos.

In Roll Call in Concentration Camp (1946), for instance, Lurie renders starving Jews undergoing the most basic form of dehumanization in the camps: roll call. The Jews are depicted ghoulishly, as if the evil inflicted upon them is also being channeled through them, mutating them. Other early paintings achieve tension through what’s left uncommunicated. For example, Portrait of My Mother Before Shooting (1947) is a fairly straightforward likeness of Lurie’s mother from an old photograph. It is only from the title that we understand that this is a portrait of a ghost, with the hauntingly earthy palette indicating regret and mourning.

André Breton stated that the simplest surrealist act was to take a pistol and fire it blindly into a crowd while walking along the street. By this logic, it seems that Lurie glimpsed a kind of accidental surrealist logic in the horrors of Nazism. The monstrosity of systematic violence carried out with industrial efficiency congealed for him into an uncanny mirror image of the “normal” modern world. The “War Series” paintings allude to the chilling order and almost elegant logic that the Nazi regime brought to macabre medical experiments, starvation, torture, slavery, and mass murder.

By the 1950s, cubism, Bacon-esque bizarre figuration, and nearly formless abstract expressionism all surfaced in Lurie’s work. He seemed to despise the way artists around him made their names with an image or style and let this define them. As if associating all forms of predictable order with the rigid brutality of totalitarianism, he embraced the illogical and the absurd, and by extension disintegrated all boundaries between art and life. “Transfiguring [his] trauma, Lurie dove head-on, fearlessly, into ultimate reality, ascending with an unbridled, innovative visual language,” says the artist Darja Bajagic, an admirer of his work. “Art was not a safe, vainglorious activity to Lurie—it was a hammer, with which he mystifyingly attacked the mundanity of life, reaching towards abyssal, unknowable truths.”

Lurie’s philosophy also extended beyond his art and into writing. In his shocking sadomasochistic novel, House of Anita (2016), the artist continued his lifelong quest to comprehend the incomprehensible. Often referred to as Lurie’s Ecce Homo—in that the book mirrors Nietzsche’s attempt to make sense of his own life and work—the novel functions equally well as a perverse thrill machine as it does an encrypted outlining of Lurie’s aesthetic theory and philosophy, placing it in a lineage of subversive literature that ranges from Mirbeau’s Torture Garden to Kathy Acker’s Blood and Guts in High School.

Lurie’s memoir, In Riga (2019), is a softer and more poignant literary excursion, but no less brutal. In it, Lurie travels to the setting of his Holocaust experience, and the landscape conjures his tortured memories. It is both a travel journal and a ghost story. In this sense, In Riga is Lurie’s attempt at documentary—he merely shows us what’s present but invisible, as if holding a literary seance.

The exhibition at the Museum of Jewish Heritage has one major failing: It fails to address Lurie’s formation of the NO!art movement and his subsequent transition to provocative multimedia work. This is understandable, to a degree—Lurie’s collages depicting swastikas, penises, vaginas, and lewd intertwinings of violence and sexuality would be sure to provoke controversy. Nevertheless, it is quite an oversight for any broad retrospective of the artist’s work.

NO!art was Lurie’s most ferocious denunciation of the art world and its commercial embrace of whatever style was dominating the market (at that time, pop and abstract expressionism). “Total freedom of expression,” was the aim of the movement, as Lurie said in a 2005 interview. The horror and sadness of his “War Series” evolved into an insatiable anger—rage at a world that feels the need to suppress and censor its own ugliness.

Lurie’s suffering instilled in him a clarity about art’s shortcomings—and yet he made art all the same. “I thank you, Adolf Hitler, for having made me what I am,” he once wrote. “For all the precious lessons I have learned due to your wisdom, for all the tragic moments suspended between life and death.” Lurie made his art to understand what had happened to him and his loved ones, knowing that the full extent of the truth would elude him. And for this realization he was as thankful as he was enraged. 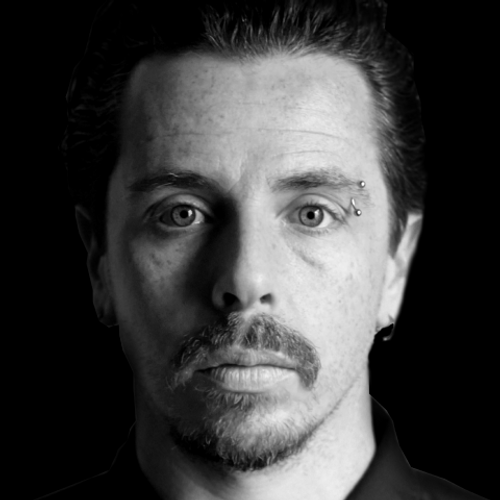 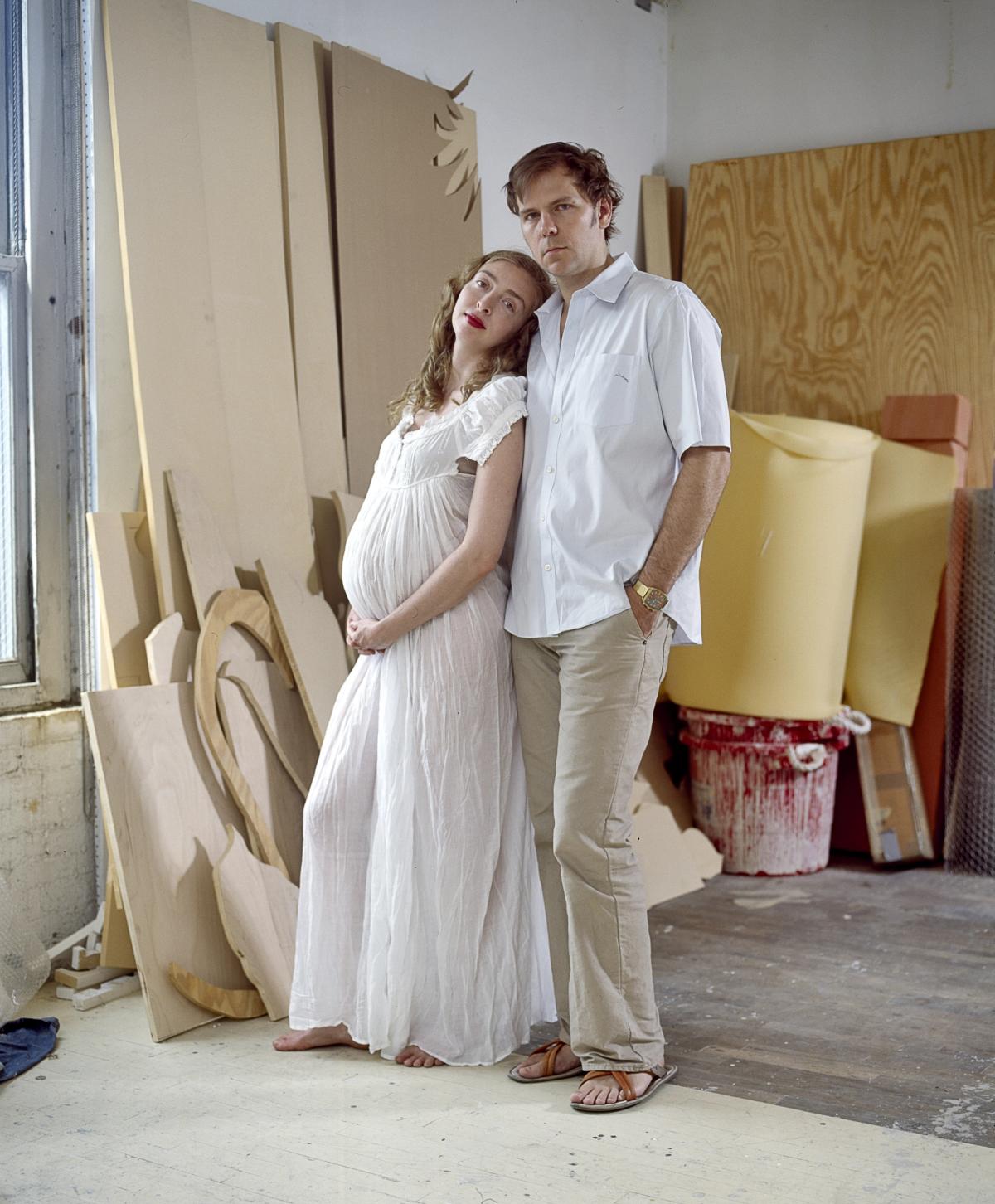 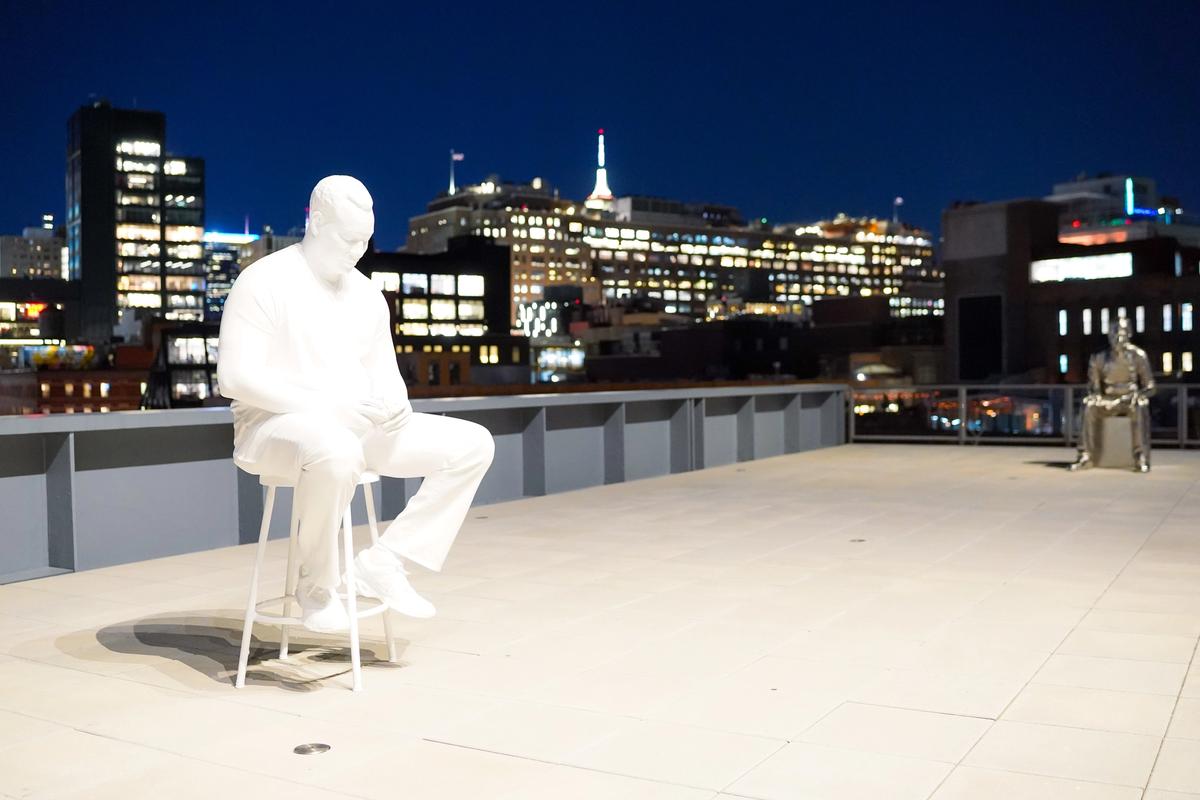 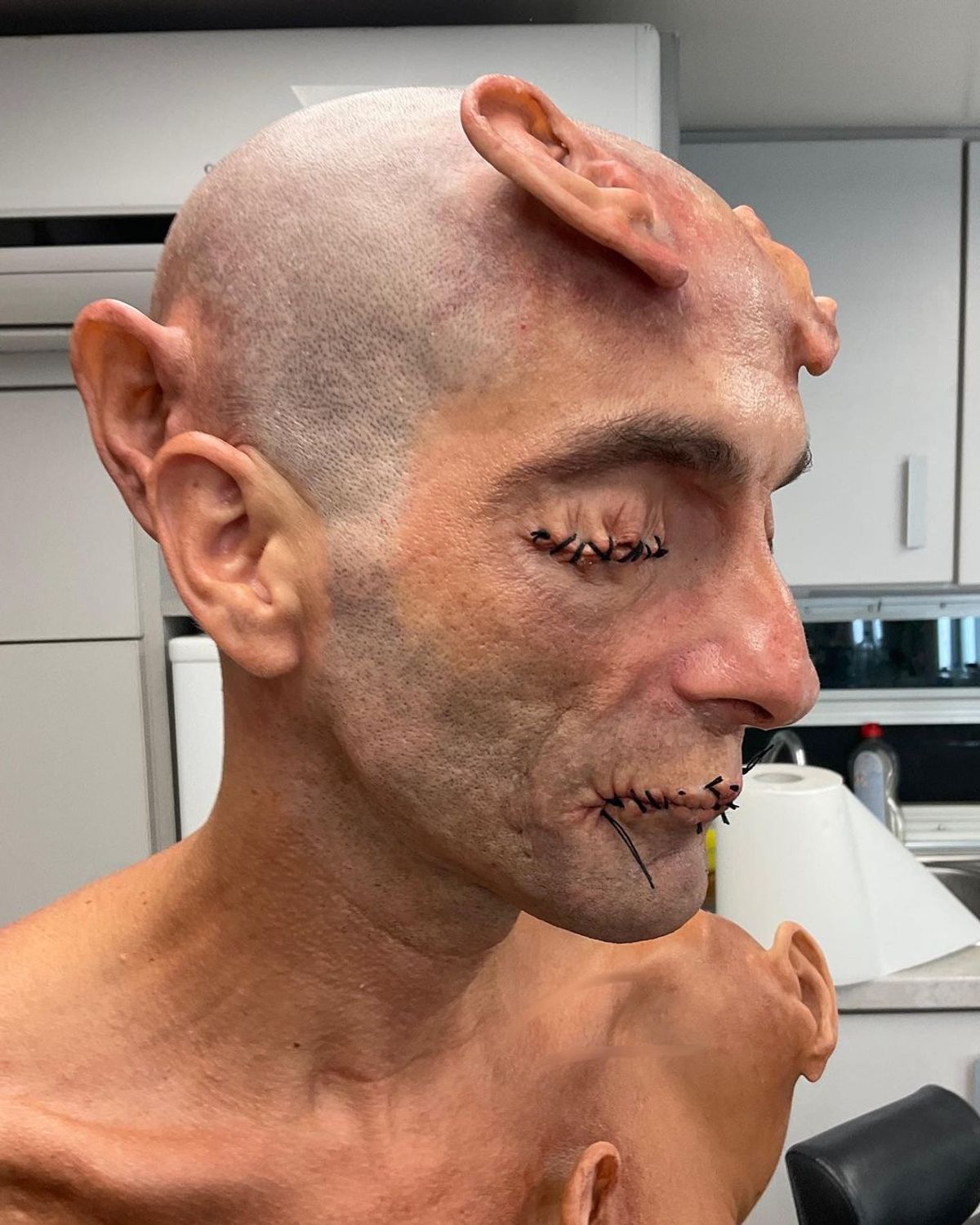