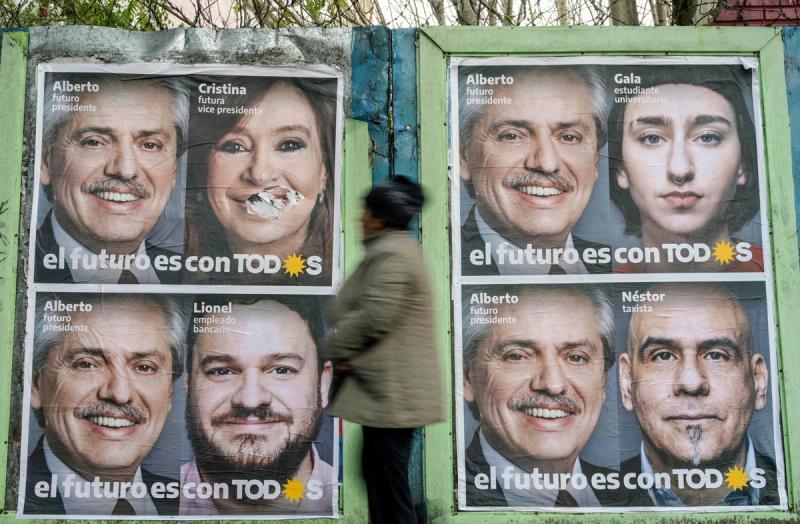 Critics of gender-neutral Spanish neologisms like “Latinx” often complain that these are promoted by English speakers seeking to impose their ideological preferences on a language they barely understand. This may once have been the case, but native Spanish-speaking activists across Latin America have aggressively taken up the cause. From Chile and Colombia to Uruguay and Argentina, “inclusive” Spanish has been embraced and promoted on the political left and center. In some cases, these efforts have prompted a backlash—for instance, in Buenos Aires, which this year imposed one of the world’s first bans against gender-neutral language in the education system.

At stake in this apparent replay of the US culture war is nothing less than the future of the left in the region. Progressive parties have recently surfed to power in Latin America, not least in Brazil, where Lula retook the presidential palace from Jair Bolsonaro, following in the footsteps of Alberto Fernández in Argentina, Gabriel Boric in Chile, and Gustavo Petro in Colombia. Yet the resurgent Latin-American left’s embrace of progressive virtue signaling is a canary in the coal mine for the movement. When left-wing leaders substitute material progress for the masses with the cultural manias of elite activists, they are embarking on a path toward the same fate suffered by the left in the Global North: abandonment by its traditional working-class base and total capture by urban middle-class values.

A glance at recent left-wing media in Argentina offers plenty of examples of the trendiness of gender-neutral language. Not long ago, the front page of the Tiempo Argentino, the weekly progressive newspaper in Buenos Aires, blared that the future of soccer is nonbinary and agendered. This message was framed in the newly adopted gender-neutral orthography: Under the new dispensation, for example, socios no-binarios (“nonbinary members”) becomes socies no-binaries or socixs. (To imagine the effect of such spellings on an average reader, imagine an English-language sports section styling “fans” as “fxns.”)

For more egregious examples, we may turn to the legendary left-wing daily Página12, which has performed a vital journalistic duty ever since the advent of democracy in Argentina, not least by covering the crimes against humanity committed by the dictatorship that reigned until 1983 and the the ongoing trials of their perpetrators. In recent years, however, such reports often employ the vogueish spellings rejected by most of the Spanish-speaking world: niños asesinados and hijos robados, for example—“murdered children” and “stolen children” become niñxs asesinadxs and hijes robades. As if such forensic material weren’t grotesque enough, relatives of assassinated and disappeared people who follow the sparse journalism dedicated to unresolved disappearances and human-rights trials must now receive these items repackaged in a shorthand borrowed from the frivolous language of internet youth fads.

The replacement of “o”- and “a”-endings of Spanish nouns with “e” (or the more hideous “x”) in effect renders readers’ own language foreign to them; with “e” endings, the text often ends up reading more like Catalan than Spanish. This isn’t accidental. Gender-neutral Spanish erects an intellectual paywall that pre-selects what kind of people are fit to read. Progressive journalists are signaling to their readership that concern about the legacy of the Junta past is a pastime reserved for converts to the academic gospel of gender theory. They are tacitly excluding any ageing parents and relatives of missing persons who might not want the spaces where the country’s dark past is still addressed to be dominated by the compulsory usage of newly introduced terminology.

Not coincidentally, these cultural campaigns have intensified amid the disappointing performance of Argentina’s center-left president Alberto Fernández. When Fernández triumphed in the 2019 elections, with Argentina already facing severe inflation, many hoped for a resurrection of the combative populism of former President Cristina Fernández de Kirchner (who returned to office that year as Fernández’s vice president). Along with her late husband and immediate presidential predecessor, Néstor, Cristina had never shied away from antagonizing national elites and the likes of the International Monetary Fund—to which Argentina is once again massively indebted, as it was at earlier moments in its history.

Fernández—or Alberto, as supporters affectionately call him—belongs to the same Justicialist Party as the Kirchners, with roots in Juan and Eva Perón’s populism, which won the loyalty of the working class by defying the nation’s oligarchy. But since taking office, he has struck a far more conciliatory posture on economic matters than his predecessors. His first year in office saw him flip-flop on whether to nationalize Vicentin, one Argentina’s major producers of cereals, oilseed products, and other foodstuffs. Fleeing its 800 creditors while facing charges of money laundering and fraud, the massive rural conglomerate went bust after incurring over $1.5 billion in debt, including $300 million owed to the Central Bank. Federal law allowed the government to pursue expropriation of the agro-industrial giant, to convert it into a state enterprise that could feed the Argentine people, just then enduring the world’s longest coronavirus lockdown. More militant progressives supported the move, and so, it seemed, did Fernández, who called expropriation a “step towards food sovereignty” for Argentina.

But abruptly, after an upsurge of conservative protests calling him a Venezuela-aligned “communist Chavista,” the president surrendered, declaring the promised expropriation impractical. Fernández blamed his surprising inaction on a provincial judge’s refusal to fully disclose the Vicentin group’s finances. But it didn’t go unnoticed that the government was still undergoing tense debt negotiations with the IMF at the time. The mostly young, militant leftists of the Peronist movement saw this as a cardinal failure by the president they had fought to elect, who seemed to have capitulated to elite pressure and cut a backroom deal.

The episode, and others like it, sowed the seeds of popular discontent and a cynical understanding of the term “progressive,” which to many people now implies a bloodless platform of elite appeasement and minimal redistribution, married to cultural changes having to do with gender, sexuality, and the regulation of everyday speech.

Today, Fernández seems incapable of calming the inflationary panic. Sociologist and public intellectual Atilio Borón recently appeared as a guest on the government-aligned 5ñ TV channel to diagnose the left’s paralysis. He warned progressives to avoid “postmodernist intellectual jargonizing” that alienates the majority of citizens. At the same time, Borón pleaded that “if the president wants to govern, he must put up a fight” with the industrialists who determine the prices of goods, “rather than only engaging in conciliatory dialogues” with business leaders.

Borón admonished Fernández to imitate Franklin Delano Roosevelt, who famously invited his nation’s major impresarios and price-fixers to a luxurious country house and announced that “nobody gets out of here until we reach an agreement on stabilizing prices,” while in the meantime unleashing IRS inspectors onto their estates like hogs hunting for truffles. “Within 24 hours, we’d reach an agreement!” Borón insisted, perhaps naïvely. Regardless of the actual prospects of such aggressive action, Fernández seems to have little inclination for it.

One of Fernández’s early moves as president was to rename the National Institute for Women the Ministry of Women, Genders, and Diversity; last year, he increased this ministry’s funding to 3.4 percent of Argentina’s GDP. He has also celebrated the introduction of a “non-binary” option for identity cards as a “great step forward.” Guidelines and kits for implementing language reforms festoon the Argentine government’s website and official spaces. Last year, new legislation penalizing “symbolic violence” was enforced to successfully ban a children’s animation show, Dragonball-Z, from Argentine airwaves. (The characters allegedly perpetuated “gendered” behaviors.) There has been practically no debate concerning potential misuses of a law punishing anything that can be vaguely defined as “symbolic violence.”

The Fernández government’s adoption of youth gender fads has appeased online influencers but failed to win over one of the most well-known young firebrands on the Peronist left: Mayra Arena, who hails from the provincial urban slums, boasts 135,001 facebook followers, and became influential in Argentinian discussions without giving up her day job as a beautician. She achieved overnight fame after TedX lectures about the stigma surrounding poverty in Argentina. Despite being light-skinned, she forms part of the population typically referred to as negra (“black”) in a society where color remains interchangeable with the stigma of class.

In a Facebook post later republished in several online newspapers, Arena assailed the government for being “morally and ideologically skewed to the left—while economically stuck in the center,” and for prioritizing cultural agendas as material conditions worsen for the majority. “We no longer even speak the same language,” the letter concludes. This provoked a tweet from then-Minister of Women, Genders, and Diversity Elizabeth Gómez Alcorta, who compared Arena to “Bolsonaro and other alt-right extremists.” Progressives slammed Arena for her critique of gender-neutral Spanish. This, despite the fact that the sitting vice president, Cristina Fernández de Kirchner, evidently agrees with Arena: She has argued that eliminating the female form of the word “president” (la presidenta) undermines women.

It was in the midst of these disputes that Buenos Aires’ right-wing hipster mayor, Horacio Laretta, introduced a prohibition in the capital’s public schools this year: Teachers may no longer advocate in the classroom for the revisionist spelling of words like todxs or niñ@s in place of todos (everybody) or niños (children). This unleashed a predictable culture-war skirmish that has boosted the popularity of the opposition mayor’s otherwise dismal neoliberal administration, annoying only the demographic that would never vote for his ilk in the first place. “Inclusive language is a human right!” retorted Fernández, decrying the move in an indignant speech delivered entirely in newspeak at the Museum of Human Rights. Argentina’s progressive ministers of education and gender (Gómez Alcorta resigned this October and was replaced by Ayelén Mazzina) have vowed to overturn the ban in court, while pro-government television pundits like Alejandro Berkovich compared critics of “inclusive-language reform” to 1930s fascists.

Today, more than a third (37 percent) of Argentinians suffer from hunger and poverty. Although unemployment stands at 6.9 percent, very few incomes now suffice to feed families, since inflation has surged to 88 percent. The government, meanwhile, is divided between neoliberal centrists, more closely aligned with the president, and a marginalized Peronist left base. The only Peronist government in history to have failed more gravely in delivering on its redistributive promises was the infamous Carlos Menem administration of the neoliberal 1990s.

With the next presidential election looming in 2023, Fernández’s approval rating has now dropped below 20 percent. Regional elections have heralded the unprecedented entry of right-wing populist as well as Trotskyist parties into congress, reflecting voters’ discontent with the old hegemons. All of this should be a warning sign for the Latin-American left, newly invigorated by Lula’s win: Substituting real material improvements in ordinary people’s lives with middle-class identity crusades is a losing formula in the South as well as in the North.

Arturo Desimone is a multilingual writer, poet and visual artist. 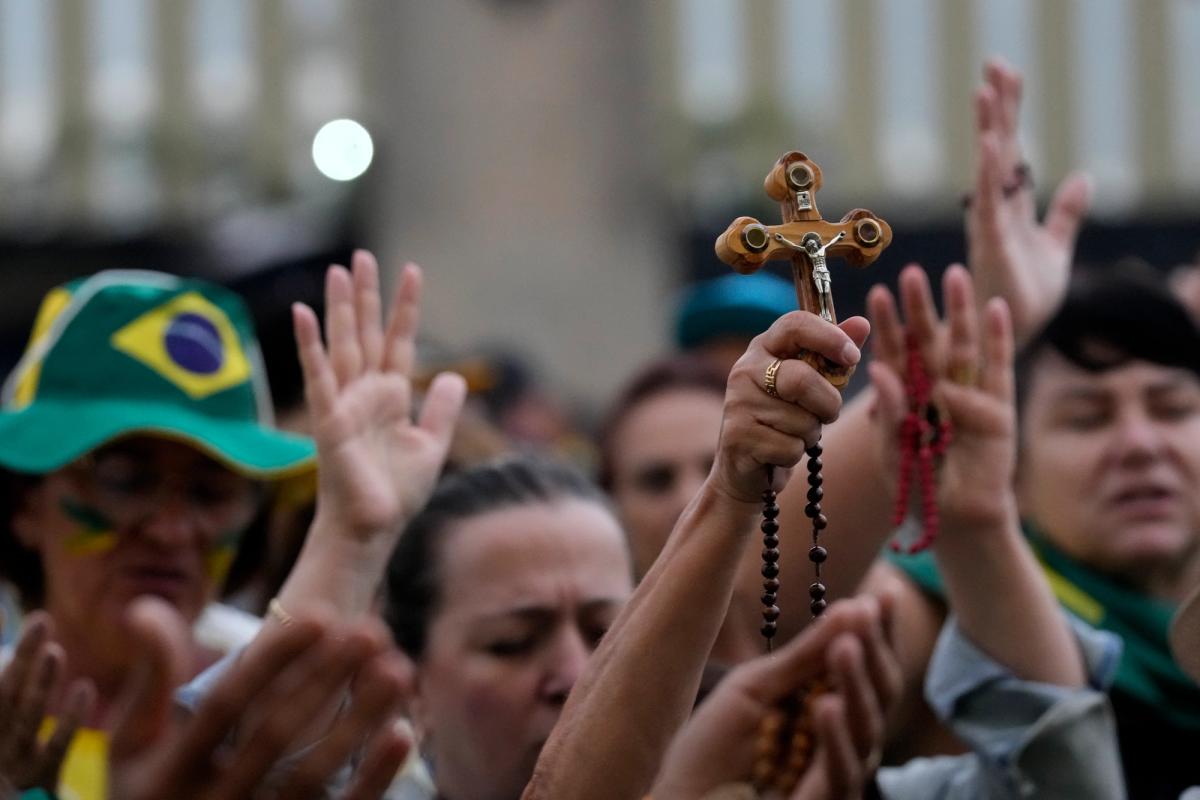 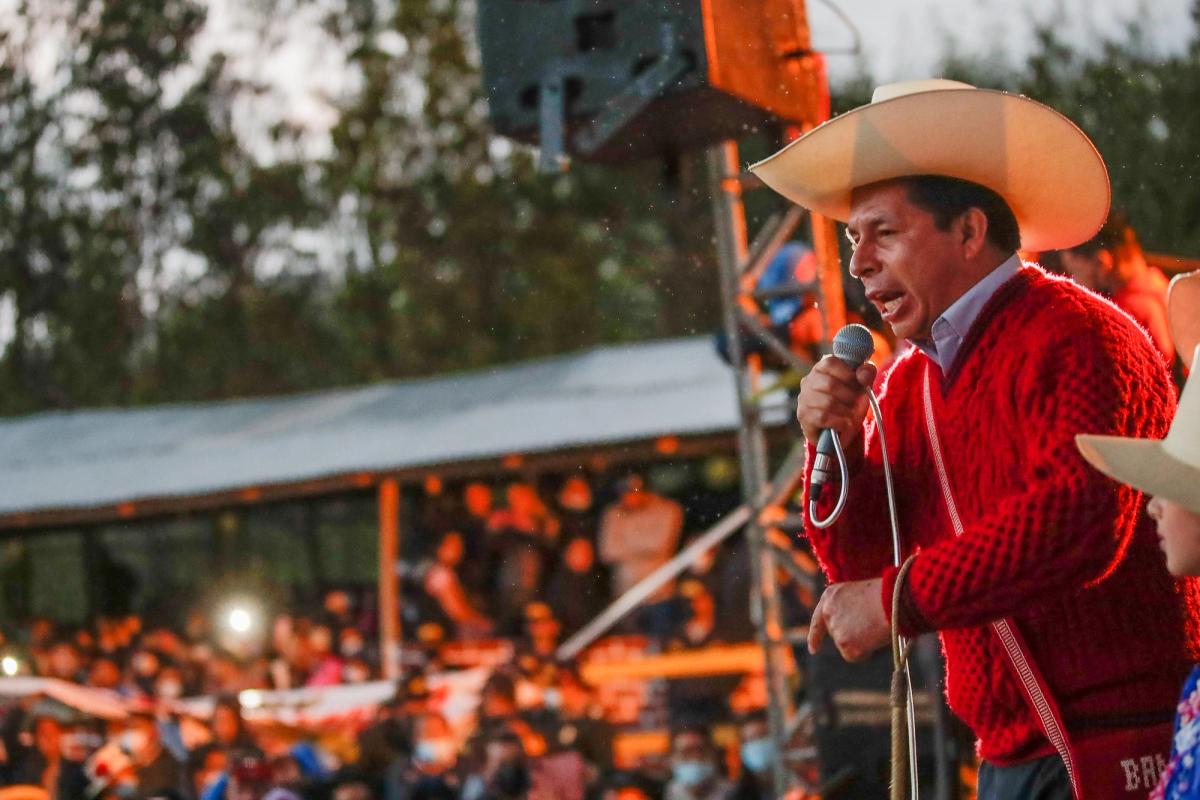