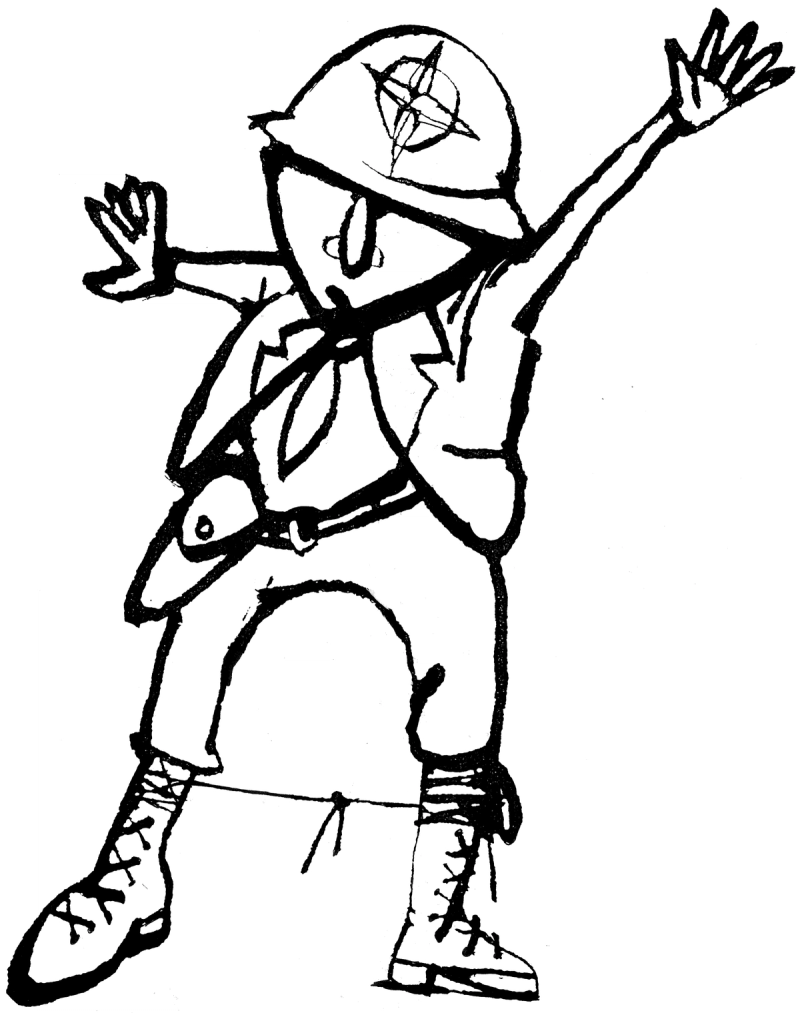 The city of Oxford in the 1980s was pretty unanimous about a lot of things. One of them was that deterrence was bad and that NATO was the work of the devil. Almost all my neighbors had posters in their windows or bumper-stickers on their cars denouncing plans to deploy nuclear-tipped US cruise missiles in Britain. They seemed to think that these missiles were going to be used against us. Without going into the forgotten details of that controversy, I can say with confidence that this was a misunderstanding. The deployment of cruise missiles in Britain turned the hinge of the Cold War and ultimately defeated Soviet power in Europe.

It was during this era that I had a midnight argument on this very subject with my late brother, Christopher. Mocking President Ronald Reagan passed for serious argument in such matters back then. Jeering at my concern for the liberties of Europe, Christopher remarked airily to my wife and me that he didn’t care if the Red Army watered its horses in Hendon, a suburb of London. Of course, I knew he didn’t mean this literally. The Red Army had even then become the Soviet Army. It had no horses to speak of, and there isn’t much water in Hendon. He was just saying that my concerns about Soviet power were overdone. I am pretty sure that he would, if he were still with us, now say that I am not as concerned as I should be about the Russian threat.

I reminded him of this exchange a few years later, in the Clinton era, when we were both on the same news show—and he laughed. But when I brought it up again after Sept. 11, 2001, he chose to take it as a deadly slur, denounced me as a liar, and refused to speak to me for several years. I have come to think that this episode, which even involved a blundering intervention by David Frum, offers a key to the change that has overwhelmed Western politics and diplomacy since the turn of the century. Around September 2001, left-wing idealism dropped its old peace-loving nature. Instead, it became an armed crusade to democratize the world, with NATO as its weapon. The old conservative view of armed conflict—war as deterrence and then, if that failed, reluctant defense—was swept aside by an almost joyous desire to begin the world over again, this time using bombers.

In the 1980s, I sometimes thought I was the only university-educated person I knew who thought deterrence was a good idea and NATO a good thing. Nowadays, it is all the other way round. I am one of the few educated people I know who thinks that the West bears some blame for the appalling conflict raging in Ukraine, though I can name a string of diplomats and academics, from George Kennan and Henry Kissinger to Yegor Gaidar and Noam Chomsky, who have long warned that NATO expansion was a terrible mistake, certain to strengthen the worst elements in Moscow. I have pursued a lone heresy of wondering why NATO even survived the end of its enemies, the USSR and the Warsaw Pact. Do we still maintain alliances against Austria-Hungary or the Ottomans? I can find no trace of them. Perhaps, overlooked in some elegant Paris street and living off ancient funds, elderly, learned men still occupy these joyous sinecures, hoping that they will not be found out.

But the political inheritors of the anti-cruise campaigners are today all hot for NATO, which I am sure they would have despised in the old days when it preserved the freedom of Western Europe through masterly inaction. These enthusiasts, for instance, desire to impose no-fly zones on Ukraine, a policy guaranteed to spread bloody war even further over the continent of Europe. The successors of the left-wing academics who once apologized for the USSR are now severe enemies of non-Communist Russia. The herbivores of 1982 are the warmongers of 2022.

How did this happen? Part of the answer lies in the way NATO has changed. Forty years ago, I was writing about defense matters for a conservative, pro-deterrence London daily newspaper, and I was able (though it took some months) to get NATO headquarters in Brussels to send me some rather understated counterpropaganda, including bumper stickers, so that I could hit back at my peacenik fellow citizens. It was so understated that I doubt most of my neighbors were even annoyed by it.

“Do we still maintain alliances against Austria-Hungary or the Ottomans?”

For NATO in those days wasn’t just startlingly inactive. It was also profoundly non-ideological. As it contained Portugal and Greece when they were far from free, and Turkey after it had seized North Cyprus, it couldn’t really make grandiose speeches about liberty, democracy, and the rights of small nations. It was also rather modest. Its headquarters in Brussels in those days represented the worst of 1960s architecture, a series of low-rise cuboids resembling nothing so much as a National Health Service hospital in a provincial English city. It certainly didn’t have the semi-sacred aspect it has now, when it is run from a curved and swooping modernist extravaganza, looking like a spaceport and said to have cost $1.23 billion. In its more modest days, and viewed at close quarters, it was in fact a bit of a bluff. It is amazing that it worked.

For historical reasons, thanks to where the Allied armies had ended up in 1945, NATO’s most powerful military units, the American ones, were on the least likely line of Soviet attack, down south near the Fulda Gap. If the USSR’s enormous Third Shock Army ever had been ordered to rumble westward across the Inner German Border, it would almost certainly have been the weaker, smaller British forces up in Lower Saxony which would have taken the first terrible blows. There were other weaknesses. After 40 years of alliance, NATO had done remarkably little to standardize its weapons and equipment. The joke (perhaps true) was that the only standard item of NATO equipment was the paper sick-bag issued to soldiers in transport aircraft. Britain had one sort of tank, the Americans another, the West Germans yet another. I once watched as Margaret Thatcher (all in white like a female Gandalf) held a shooting contest in Germany standing in the turret of a British Challenger, against the German Chancellor Helmut Kohl, squeezed into a locally made Leopard.

As for the famous pledge of Article Five, that each member would come to the assistance of any other if under attack, it is wiser not to read it if you have a sensitive or idealistic disposition. If you do read it, you find it contains a sizable escape route. A very cunning British diplomat once explained to me that the US Senate would never have ratified the NATO Treaty if it had been a genuine obligation. And that is why it isn’t one.

The clause says that each signatory “will assist the party or parties so attacked by taking forthwith, individually and in concert with the other parties, such action as it deems necessary, including the use of armed force” (emphasis added). The member state remains free to choose whether to deem force necessary, or to use force at all. Action not including force is clearly implied as a possible response. Hence the constant Cold War doubt, especially among Germans, that a US president would sacrifice Chicago or Los Angeles for Frankfurt or Munich, when it came to it. The Europe-based cruise missiles in the 1980s were all about making a shaky nuclear commitment look more credible.

Famously, the only time Article Five has ever been activated was after the 9/11 terrorist massacre. In that case, it was the non-American members who—sort of—fulfilled their obligations to the United States. For many reasons, it was difficult for them to attack the culprits of the outrage. So instead, we had the long, failed engagement of the North Atlantic Treaty Organization in Afghanistan, perhaps as far from the North Atlantic as it is possible to get.

But by this time, NATO had already gone beyond its original purpose, when it attacked Serbia in the spring of 1999. Here was a paradox. Surely NATO’s steadfastness had led to the liberation of Russia and Russians from their secret police oppressors, its greatest achievement. Yet among those who denounced the 1999 operation was none other than the voice of Russian liberty, Alexander Solzhenitsyn, who thundered that NATO members were aggressors who had “kicked aside the United Nations, opening a new era where might is right.”

People should have worried more about this. NATO had, in 10 years, moved from being a soft-spoken, apolitical, practical bulwark of actual liberty, whose main job was to exist, to being the activist and rather noisy instrument of a new idealism. We have all heard about beating spears into pruning hooks, but NATO has done something much more adventurous. It has beaten a shield into a sword.

Peter Hitchens is a columnist for The Mail on Sunday.