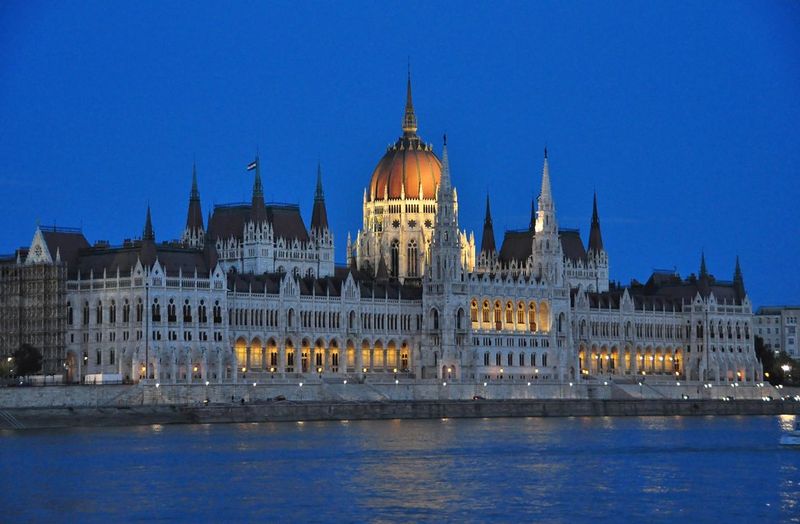 The pandemic and the war in Ukraine have devastated the European and global economy. The Continent faces severe challenges, not least record inflation and a possible recession. Countries close to the war zone, including Hungary, are at greatest economic risk.

Energy bills and food prices are skyrocketing worldwide, while some corporations are pocketing extraordinary profits. These firms are catching upside from conditions they didn’t create, and their huge profits are helping drive inflation in a vicious cycle. As Josh Bivens of the Washington-based Economic Policy Institute highlighted in a recent report, corporate profits accounted for nearly 54 percent of inflation over the course of 2020 and 2021 in the United States. By contrast, from 1979 to 2019, profits only contributed about 11 percent to price growth.

Ending the war as soon as possible is in everyone’s interest. But until then, states must address the cost-of-living crisis racking their populations.

Right-of-center governments around the world face a clear choice between neoliberalism and common-good conservatism. That is, they can either continue to follow laissez-faire policies that overwhelmingly redound to the benefit of big business—or they can put the interests of their people first, by taxing companies that realized disproportionately high, war-fueled profits, to protect families, small businesses, full employment, and retiree pensions.

We in Hungary chose the second path.

"Right-of-center governments around the world face a clear choice between neoliberalism and common-good conservatism."

Banks will be obliged to pay an additional 10 percent in taxes this year and 8 percent in 2023; energy companies will pay 25 percent. Pharmaceuticals will also bear their burden, with windfall taxes ranging from 20 percent to 28 percent, depending on the consumer prices of their products.

These funds will directly benefit the Hungarian people, by allowing the government to protect its utility price cap that first went into effect in 2013. That’s when Prime Minister Viktor Orbán introduced and Parliament enacted a law reducing the household price of gas, electricity, water, district heating, sewage, and garbage collection. Now, amid the war and surging energy prices, Hungarians, unlike many in Western Europe, are still able to afford to pay their bills. Indeed, the Hungarian people enjoy the lowest gas and electricity prices in the European Union.

We estimate that these two measures—the price cap and windfall-tax-funded subsidy—can reduce annual inflation by 4 percent to 5 percent.

Hungary is a forerunner, but we aren’t the only country imposing such levies, as more governments begin to recognize the importance of helping their people address the cost-of-living crises they are about to face. Most recently, Britain’s chancellor, Rishi Sunak, announced that in light of their excess profits, UK energy firms will have to pay an additional 25 percent in taxes over the next 12 months; firms operating in the North Sea will cough up even higher levies.

In Hungary, the revenue generated from windfall taxes will be used to continue financing priorities that serve the interests of our people. In addition to suppressing energy prices, these include maintaining pension payments and the employment rate at record highs, waiving personal income taxes for those under age 25, and underwriting generous pro-family policies that have allowed us to reverse declining total fertility and to slash abortion rates by half in a decade.

Many mistakenly view such a common-good approach as anti-market. Yet the market and international investors seem to differ: Foreign direct investment as a share of Hungary’s gross domestic product has been trending up for much of the past decade, with net inflows jumping to 108 percent of GDP in 2020.

Common-good conservatism, as we see it, holds that a market-driven economic approach should govern generally, with exceptional action taken only in emergencies.

In line with this, the Hungarian government has implemented the largest tax cuts in the history of the nation. We have the lowest corporate-tax rate in the European Union, and have eliminated progressive taxation of personal income. The personal income tax rate is a flat 15 percent, which is rather low compared to other European countries.

Windfall taxes are only levied in times of crisis, when unfavorable conditions threaten the common good, as happened in the wake of the 2008 financial meltdown. Then as now, we introduced windfall taxes that contributed to handling the aftermath of the crisis.

Such extra levies, moreover, are popular across the political spectrum. A recent poll conducted by the Nézőpont Institute found that more than two-thirds of Hungarian voters are in favor of the windfall tax.

Regardless of who “wins” the war in Ukraine, Europe will lose. We condemn Russian aggression, support Ukraine’s accession to the European Union, and would like to provide all the assistance we can that promotes peace. From the start of the war, Budapest has backed European unity, as well as all initial sanctions packages. We objected to the last round only, which targeted crude-oil imports, as we believe those sanctions are ineffective and disproportionately burden the Hungarian people—indeed, they could have brought our country to the verge of economic collapse.

In times of crisis, dogmatic thinking should be avoided at all costs. The only responsible position Hungary can take is to call for more negotiations, and for a peace deal putting an end to the war. Otherwise, Europe will end up the biggest loser in this geopolitical struggle.

Meanwhile, governments must help their people address spiking prices. The Hungarian government makes no apology for protecting families and capping household utility bills. Nor for prioritizing the interests of the Hungarian people, by expecting companies to contribute their fair share to the common good—which is, at least in the long run, in the best interest of all.

Balázs Orbán serves as political director to Prime Minister Viktor Orbán and chairman of the Mathias Corvinus Collegium in Budapest.