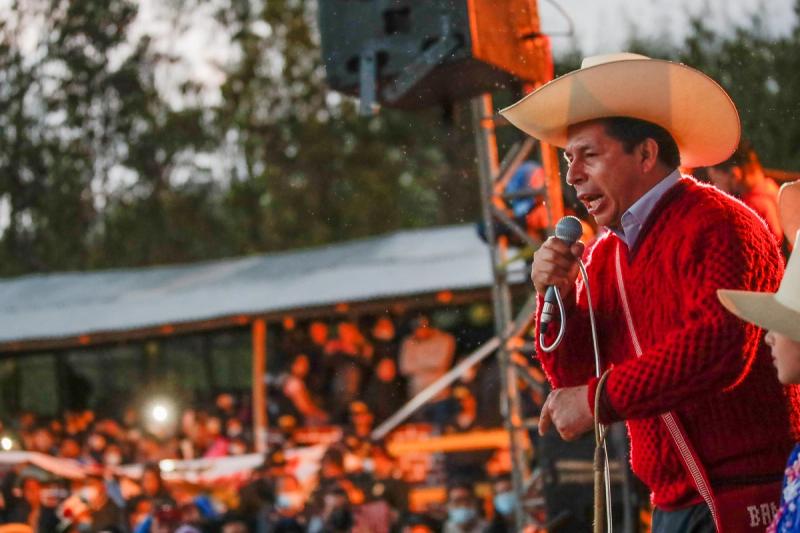 Pedro Castillo was the perfect populist. A rural schoolteacher, union organizer, and socially conservative Catholic from a campesino background, Castillo ran for the presidency of Peru last year as a member of the Marxist Perú Libre party. While he promised not to expropriate land or nationalize industry, he did pledge to increase taxes on Peru’s mining industry. He also pledged to cut ties with the US Agency for International Development (USAID) and to reform the constitution adopted in 1993 under then-President Alberto Fujimori. He never appeared in public without his wide-brimmed straw sombrero.

Fujimori’s long shadow darkened this election. In 1992, that president dissolved Congress by force and overhauled the constitution so he could liberalize the national economy unopposed. Following the International Monetary Fund's playbook, he privatized public industries, imposed austerity measures, and sold off the national debt to American hedge funds as part of an economic agenda dubbed the “Fujishock.” He also authorized anti-communist death squads and oversaw various human-rights violations as president, for which he has since spent decades in exile and prison. Among those violations was his National Program for Reproductive Health and Family Planning, which, if you couldn’t tell by the name, was a mass sterilization initiative aimed at rural, poor, and indigenous women. The program, which enjoyed the funding and support of USAID, rendered nearly 350,000 women infertile, many without their consent.

Castillo represented a decisive break from this ugly history. And in case the contrast wasn’t clear enough, his opponent in the presidential race was Fujimori’s daughter, Keiko. She was the favorite of the business community, both in Peru and beyond, and her campaign quickly learned that a strategy of incessant fear-mongering could keep it that way. But trumped-up accusations that Castillo would expropriate private property—despite his assertions to the contrary—and that he was in bed with communist guerrilla groups—despite the fact that, as a young man, he worked as a patrolman to defend against those groups—were not enough to deliver Fujimori the presidency. Castillo, carried by rural and indigenous Peruvians, won by 44,000 votes, about one-quarter of one percent of the total.

Things only got harder from there. Within two months of Castillo’s inauguration, business leaders were strategizing over WhatsApp and meeting in chicken restaurants to discuss ways to vacate “this communist government.” Retired military officers started calling for an insurgency. Fujimorist politicians and liberal NGOs spoke openly about the possibility of a “presidential vacancy.” In April, Castillo’s chief of staff Aníbal Torres warned that a coup was brewing.

Peru’s congress, dominated by opposition parties like Keiko’s Fuerza Popular, played along. Last November, the legislature launched impeachment proceedings, accusing Castillo of “moral incapacity,” and has since opened five corruption investigations (Castillo has denied the accusations behind all five). Under the Fujimori constitution, a president can’t be convicted of corruption while in office. So after the first impeachment vote failed, Castillo’s critics made a second attempt in late March, again on the basis of “moral incapacity.” It failed, too, though the vote was closer. The president narrowly missed triggering a third impeachment vote in May—Congress had instructed him to return to Peru from a diplomatic visit to Ecuador by midnight on May 1, but storms grounded his plane and he had to speed home to Lima in a car. Some in the legislature plan to reward his punctuality with a third try at “moral incapacity.”

Meanwhile, high turnover in Castillo’s cabinet and other government positions has alienated the president first from moderate parties that have since left his governing coalition, and then from his own party. Peru has seen four prime ministers come and go in the past year, one of whom lasted only a week. Some of these officials departed amid corruption charges, others after allegations of ties to leftist guerrilla groups. In reference to the latter, Keiko said Castillo was leading a “terrorist government.”

Amid these relentless attacks, Castillo has moderated his political stances (even within the narrow constraints of what Congress will let Perú Libre do). His foreign minister signed a five-year deal approving USAID funds and activity in the country, much to the dismay of Perú Libre. There has been no expropriation, and no new mining taxes. Quite the opposite. Earlier this year, Castillo sent in the army to force striking miners back to work at the Cuajone copper mine in southern Peru. Meanwhile, a bill to start the process of changing the constitution floundered in Congress. The legislature simply doesn’t want to deal with Castillo, even as a moderate.

“Inflation is nearly as high in Peru as it is in the US.”

And the business community doesn’t care about Castillo’s moderate turn either. Nothing seems to satisfy the mining companies, in particular, which continued to enjoy high copper prices and growing exports under the new president. They have little to complain about, but are choosing to complain to the international press anyway. Even after Castillo broke up the Cuajone strike, executives tut-tutted about how little the president has done to “rein in” his supporters.

Peru is used to this. The last few presidents were short-lived; none of the most recent four made it through an entire five-year term, and only three have managed it since Fujimori. “Moral incapacity,” which is just as vague a legal concept as it sounds, has been deployed in half a dozen Peruvian impeachment attempts since 2017. It functions as a catchall term that could mean anything from “serious corruption problems” to “we don’t like you, so get out.”

The real problem for Castillo is that, while politicians work hard to ensure instability as usual, Peruvians are suffering. Inflation is nearly as high in Peru as it is in the US, and higher than any the country has seen since the Fujishock. Protests and strikes enveloped the country in April, as rising prices for gas and fertilizer brought unrest to rural Peru.

Congress and Castillo shared blame in the minds of protesters. One organizer insisted “we are not against the president. We are against Congress, which is very concerned about impeachments but never works for the people.” Others were not so generous: “We were proud to have a campesino president. But he’s doing an awful job”; “[Castillo] promised to help the poor, but things are getting worse.” Opinion polling has Congress at 79 percent disapproval, and Castillo at 68 percent.

Perhaps Castillo can turn it around, but much lies outside his control. Contrary to the free-market dogma that informed the Fujishock and still reigns in US conservative circles, inflation is not a simple function of government spending. Gas prices can stay high no matter what Castillo does, and the Peruvian establishment can stay fixated on “vacancies” as long as it pleases. If there’s a lesson to Castillo’s turbulent first year, it’s this: It’s not enough to have the right enemies, or even the right policies. History has a say, too. 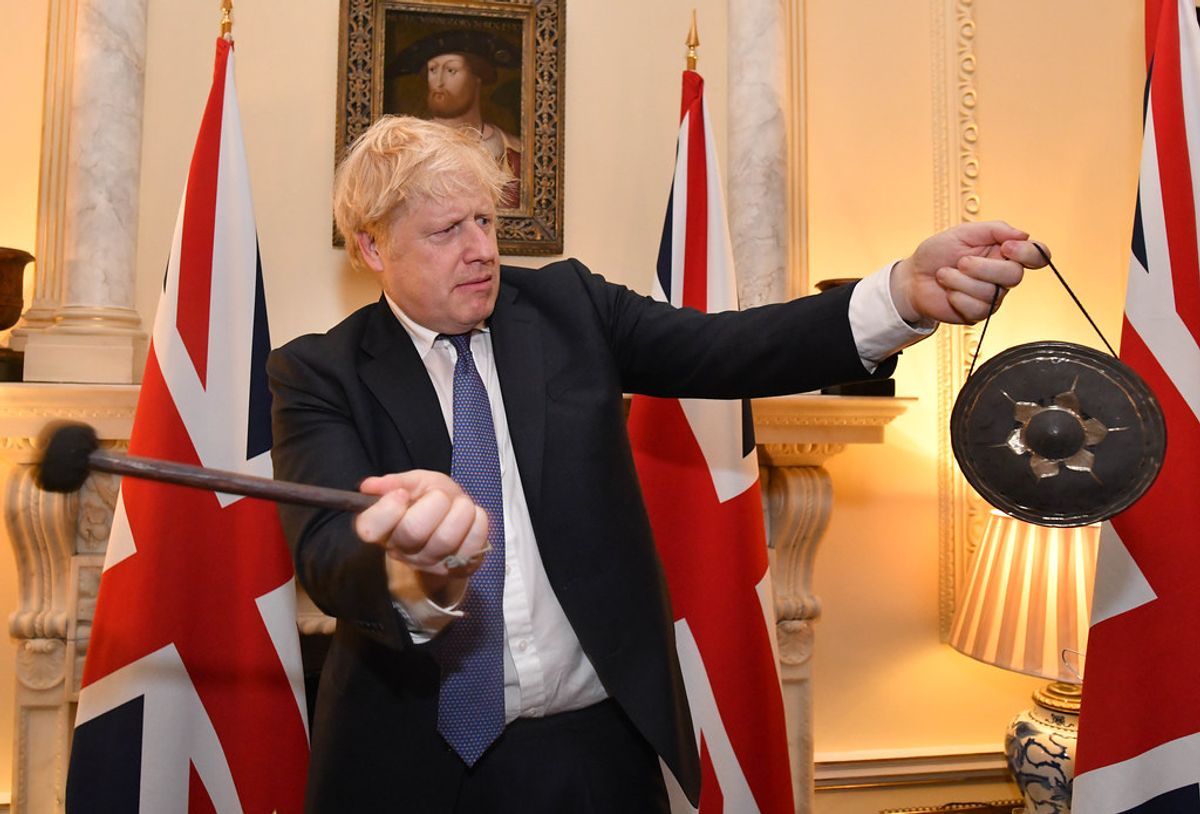 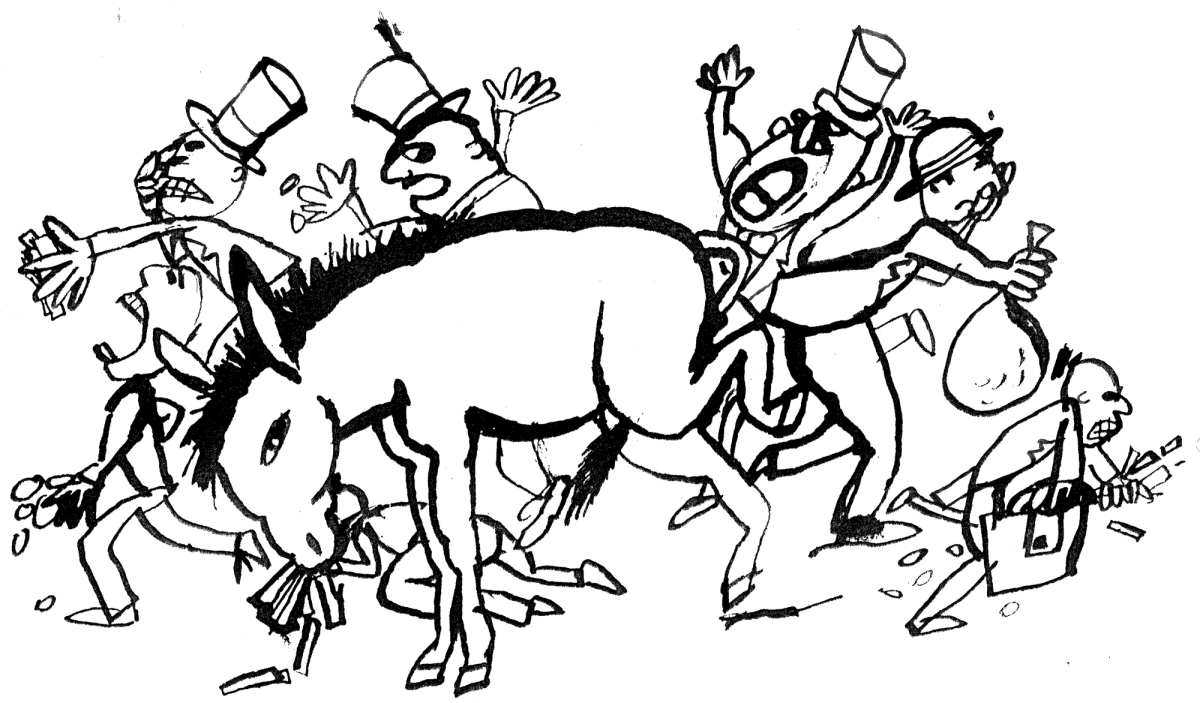