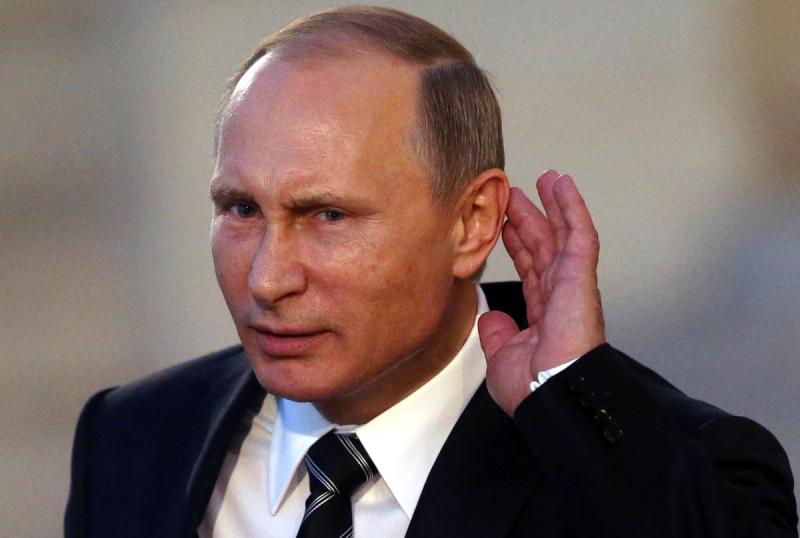 Once upon a time, the most consummate practitioners of the politics of fear were the fascists. Fast-forward to today, however, with the centenary of Mussolini’s March on Rome assembling on the horizon, and it is anti-fascism that has become thoroughly saturated with the politics of fear.

The anti-fascist invention of a “fascist mindset,” with its pathological impulses and emotions, is the perfect illustration of concept creep: It not only inflates the meaning of fascism, but transforms a political category into a psychological one that is now routinely used to treat populist and conservative opponents as disease vectors.

Witness the rhetorical response to Russia’s invasion of Ukraine. No less than the British secretary of defence, Ben Wallace, declared in May that Vladimir Putin was “mirroring” the fascism of Nazi Germany. Yet such prophecies aren’t confined to the inadequate purveyors of contemporary politics. Highly regarded historians also compete to make tenuous and strained comparisons between Putin’s Russia and historical fascism. Thus, the Yale historian Timothy Snyder declared in a New York Times op-ed: “We should say it. Russia is fascist.” To validate his argument, Snyder adopted the thesis that fascism is defined principally by “the triumph of will over reason”—forgetting that by this ahistorical definition, literally every unreasonable pursuit of violence, from the Spanish Inquisition to jihadism in modern-day Syria could be described as “fascistic.”

“Today’s prophets of fascism often have far more in common with the target of their alarmist polemic than they suspect.”

As it happens, a time traveler with even a modest sense of historical consciousness would know that contemporary Russia bears no relationship to the fascism of the 1930s. While the attempt to promote the view that “it is just like the 1930s” may well be motivated by the best of intentions, it is rooted in a misunderstanding of the unique and distinct dynamic and features of the rise of fascism in the 1920s.

In the first instance, fascism constituted a response to what Mussolini perceived as an entirely domestic threat in Italy: the growing power of the Socialist and Communist parties. Despite similarities with hard-right tendencies in Spain, Portugal, and Germany, fascism was a distinctly Italian movement. This is why, when Mussolini invited the leader of the Falange Española, José Antonio Primo de Rivera, to attend the international fascist congress at Montreux in 1934, Rivera flatly refused. The Falange wasn’t fascist, he protested, it was Spanish.

So, if it was rejected at the time by many of those on the extreme right, how did fascism become such a generic concept? The responsibility for that lies with its opponents. It was in 1928, at the Sixth World Congress of the Comintern, that the meaning of fascism was expanded to characterize all of the Stalinist left’s opponents. Suddenly, every capitalist party was branded as fascist, while even socialists and social-democratic movements were denounced as “social-fascists.” Franklin Roosevelt was attacked during the 1932 American presidential elections for being a fascist candidate; the socialist Norman Thomas, meanwhile, was castigated as a social-fascist.

Almost a century later, this Stalinist style of fascist-mongering has been embraced by not only the American antifa, but by respectable scholars. Yet unless we wish to use fascism as an all-purpose generic concept—and thereby render it meaningless—it must be referred to in the past tense. Unlike liberalism, socialism, or communism, fascism wasn’t a pre-existing doctrine or ideology promoted or put into practice by its advocates. Rather, it emerged in response to a distinct political crisis. Even then, one of its most individual features was its heterogeneous character.

Fascism may now be remembered for the paramilitary Blackshirts. But it was always more than just an extra-parliamentary, paramilitary force. It emerged as a mass movement that succeeded in gaining influence among broad sections of the elites, the middle classes, and the plebeian masses. At the time, Leon Trotsky highlighted the capacity of Italian fascism to incorporate different sections of society into its ranks. In 1932, he observed that “it is a plebeian movement in origin, directed and financed by big capitalist powers. It issued forth from the petty bourgeoisie, the slum proletariat, and even to a certain extent from the proletarian masses.”

What was unusual about Italian fascism was the support it garnered from sections of the Italian political and business elites, the military and the Church. This was a time of political instability and radicalization of working-class people. In response, the traditional Italian establishment supported Mussolini to restore and maintain order. And this was crucial: Fascism, ultimately, was a militaristic plebeian movement that only succeeded in gaining power because it was assisted by a sympathetic elite that regarded popular sovereignty with suspicion and fear.

Crucially for today’s would-be anti-fascists, fascism was also profoundly hostile to the spirit of populism. In his account of his doctrine, Mussolini declares, “Fascism … denies that this majority can govern by means of a periodical consultation; it affirms the irremediable, fruitful, and beneficent inequality of men, who cannot be leveled by such a mechanical and extrinsic fact as universal suffrage.”

Moreover, contrary to the widely held view that associates fascism with a conservative yearning for the past, Mussolini and his movement were thoroughly modernist and future-oriented. Unlike traditional right-wing movements—reactionary and conservative—fascism was far more obsessed with novelty than with tradition. Italian fascist leaders frequently promoted the goal of a New Age and New Rome and the creation of a New Man. The ideology possessed a distinctly anti-traditional orientation; as Paolo Orano, a prominent fascist ideologue, put it at the time, fascism was animated by a “will to annul at all costs in us the vestiges of the past, so as to live only in the future.”

Indeed, Mussolini sought to rid Italy of much of its past legacy. In October 1926, he proclaimed his ambition to “render unrecognizable both spiritually and physically the face of the nation” within 10 years, to create the “new Italian” who wouldn’t resemble the one of the past.” Fascism, then, was a modernist project that wasn’t just anti-liberal, but thoroughly anti-conservative and anti-populist. It is a testimony to the historical illiteracy that prevails in Western public culture today that this has become so easily forgotten.

But out of this historical illiteracy has been born a paradox: Today’s prophets of fascism often have far more in common with the target of their alarmist polemic than they suspect. They possess both a visceral hatred toward the people and toward the democratic aspirations of populism. Often, anti-fascists justify restraining freedoms on the ground that such freedoms benefit their “fascist” enemies.

Such proposals were, of course, aired in the years following World War II. But even then, they were dismissed as excessive. In 1946, for instance, an exemplary stand was taken against an entirely understandable, but ultimately misguided, attempt to ban anti-Semitism in Britain by Victor Gollancz, the publisher of the Left Book Club. He wrote,

The cry is to outlaw fascism and anti-Semitism: or, to put it plainly, to make the expression of fascist and anti-Semitic opinions illegal and liable to punishment. Communists are taking the lead, and the National Council for Civil Liberties has recently made nonsense of its name and objects by supporting the demand; but many non-Communists of the left, and some, I regret to say, of my fellow Jews, are joining the clamor.

Gollancz argued that if “you silence fascists for fear that fascism will be established, you have already half-established it by the very fact of silencing them.” More than 70 years later, therein lies the danger of conjuring the phantom of fascism. Call Putin’s war in Ukraine contemptible, or cruel, or despicable. But it is not fascist. Fascism died almost a century ago, and we would be wise to leave it where it is: entombed, buried, and defeated.

Frank Furedi, an emeritus professor of sociology at the University of Kent, is author of the forthcoming book The Road to Ukraine: How the West Lost Its Way.