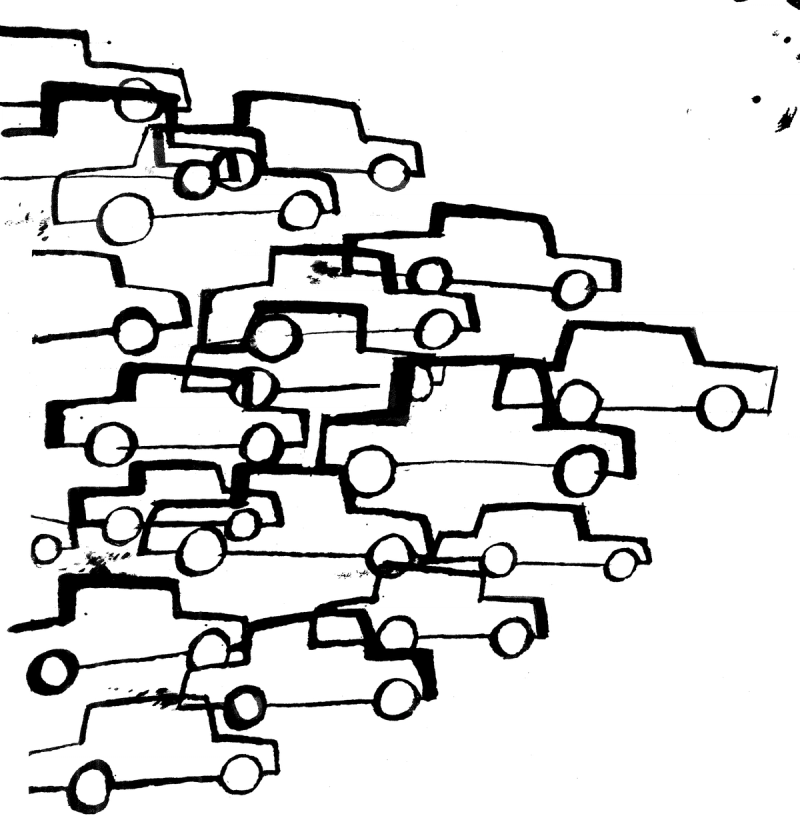 The people who rise to the top in any country, democratic or dictatorial, tend to be of above-average intelligence and ability, though not virtue. As a whole, every governing elite tends to be self-serving and power-hungry, but not all are suicidally inept. If a regime makes unforced errors—once, or again and again—then it is possible that those are errors of the head, not of the heart. A nation’s leadership may be like a brilliant pilot who flies a jet into a mountain in the fog because his map showed that he was over a plain when, in fact, he was in a mountain range.

The misleading map of reality upon which the US elite relies is “Econ 101”—a nickname for the dumbed-down popular version of academic neoclassical economics, which is pretty dumb to begin with. The world of Econ 101 is an idealized version of a pre-industrial agrarian society, in which competition among many small firms—family farms, blacksmiths, cobblers—is the norm and can be modeled with equations and thought experiments in the classroom, with no need to venture outside to look around. All product and labor markets are assumed to be competitive, and all monopolies are assumed to be unnatural and soon eliminated by competing firms, unless they are propped up by government favoritism.

The introduction of modern machinery to the rural Arcadia of Econ 101, however, brings with it new kinds of industries. Some industries—let’s call them factories—are characterized by increasing returns, which means that bigger firms are more productive than smaller ones. There are no mom-and-pop automobile companies. Other novel infrastructure and telecommunications industries—let’s call them networks—like railroads, telegraphs, telephone networks, or social-media platforms display network effects. A railroad web that connects 200 villages is not only more profitable, but also more efficient and financially stable and useful for commuters than a single line between two villages. So is a social-media platform that has hundreds of millions of business and individual users, instead of hundreds or dozens.

"The world of Econ 101 is an idealized version of a pre-industrial agrarian society."

In both the factory sector and the network sector, there is a tendency toward winner-take-all oligopoly or monopoly, because the firms that take an early lead often eliminate or absorb their rivals. In the mythology of free-market village economics, any temporary monopoly will quickly be cut down to size by competition with numerous rivals, in the absence of corrupt government favoritism. But in an industrial economy, the sheer scale of investment needed to construct new factories or new networks acts as a barrier to entry by would-be competitors, in the absence of government favoritism.

Very well, then, say the doctrinaires of Econ 101, the government should intervene to break up the big, successful factory or the big, successful network to restore competition and prevent it  from overcharging consumers in the absence of price competition. Abuses of market power by big firms do occur. But pulverizing the big firms in the factory and network sectors means foregoing genuine efficiencies based on scale. If the goal is to prevent them from abusing their market power, then other policies—utility price regulation by government, or discounts negotiated by consumer alliances, or outright socialization—make more sense than dismembering efficient enterprises to create many small, undercapitalized manufacturing companies or easily bankrupted, disconnected networks.

The Econ 101 story about the “free labor market” is just as irrelevant in the factory and network sectors of an industrial economy. It may be true that in rural villages of yore, a number of local blacksmiths had to engage in bidding wars and offer decent wages to attract a limited supply of apprentices. But in the United States today, more than half of the private-economy workforce is employed by companies with more than 500 employees—many of these in increasing-returns or network-effects sectors that naturally tend to be oligopolistic or monopolistic.

The bargaining power of most of these workers in haggling over wages or benefits with corporate behemoths and leviathans is effectively nonexistent. Unless workers in these concentrated sectors can pool their labor power and engage in collective bargaining with one firm or all firms in that sector, or mobilize politically to enlist government to mandate minimum wages and benefits, they will be offered wage and benefit levels on a take-it-or-leave-it basis by corporate managers, whose objective is to minimize labor costs while maximizing the share of the profits that go to them and their shareholders.

Something like the village model of free-market competition continues to exist in nontraded domestic service sectors, characterized by many small businesses that compete on the basis of price. But if firms are allowed to gain market share at the expense of their rivals by lowering prices through lowering wages, then the result in industries like fast food, hair styling, retail, and construction will be an ever-growing number of full-time workers who can’t live on their wages alone and must be rescued from misery by the taxpaying public by means of an expanded welfare state.

What about innovation?  The only kind of innovation that matters for long-term growth in prosperity in the United States and the world is productivity-enhancing technological innovation that permits the substitution of machinery or software for labor or other inputs like raw materials or energy. Productive technological innovation is difficult and rare. In contrast, unproductive commercial and financial innovations are limited only by the ingenuity of hucksters who figure out new ways to trick customers with addictive products or debt traps or hidden clauses in unreadable contracts.

When it comes to epochal technological innovation, very little of it is done by the geniuses in garages who are mythologized by Econ 101. Alexander Graham Bell got by with one assistant, Thomas Watson, but Thomas Edison had a well-funded research and development lab with dozens of scientists and engineers. The invention and development of the computer, the jet engine, nuclear power, and rockets, and the sequencing of the human genome, were largely the work of government agencies with deep pockets, such as the Defense Department and NASA and the National Institutes of Health, collaborating with huge firms like Westinghouse (nuclear energy) and IBM (computers) and research universities like MIT and Stanford. Entrepreneurs like Steve Jobs and Bill Gates appeared only at a late stage in the development of computer technology, adapting and commercializing and disseminating the tools that Big Government, Big Firm and Big University had already invented.

Econ 101 is anachronistic as well in its conception of international economics. According to Econ 101, all participants gain from international trade by specializing in their absolute advantage (Adam Smith) or their comparative advantage (David Ricardo). The underlying vision is of a world in which particular finished goods or commodities are traded across borders for goods or commodities of a completely different kind.

In today’s industrialized global economy, it doesn’t work that way. A third or more of goods that move across borders are components used in the production of finished products by multinational firms or supply-chain complexes coordinated by apex firms. Much of what is called “international trade” should be called by its proper name: transnational intra-firm production.

If an auto-parts company shuts down a unionized factory in Michigan and opens one in Mississippi, this doesn’t mean that Mississippi has an absolute or comparative advantage in making automobiles. It may simply mean that the government of Mississippi has offered the company cheaper, nonunion labor (labor arbitrage), lower taxes (tax arbitrage), or more lenient enforcement of pollution regulations (regulatory arbitrage). The same kinds of arbitrage strategies among different nations like the United States, China, and Mexico, along with proximity to local consumer markets in some cases, motivate offshoring of production by multinational corporations.

The power of a corporation to pit states against states within the United States, and to pit America against other nations, in a race-to-the-bottom, divide-and rule strategy to extract maximum subsidies and regulatory and labor concessions from governments competing for corporate investment, may benefit corporate managers and shareholders, as well as some local elites and workers in the jurisdictions that win the race to the bottom. But none of this has anything to do with free trade. Nor are free trade ideologues correct that all sides benefit, if, as a result of corporate arbitrage strategies, a once-thriving manufacturing region turns into a derelict rustbelt, and domestic capital and domestic workers are shifted permanently into the low-tech, low-wage, low-productivity, nontraded service sector.

Many of the economic policy disasters of the last generation are easy to understand, once you realize that American policymakers continue to be guided by the superseded lessons of Econ 101, in the age of transnational supply chains, increasing-returns manufacturing, network-effects platforms and continental and global companies with hundreds of thousands of employees. The premodern agrarian economics of Econ 101 needs to be replaced by the modern industrial economics of Econ 202. Until that happens, pilots guided by the wrong map will keep crashing into mountains they didn’t know were there.

Michael Lind is a Tablet columnist, a fellow at New America, and the author of The New Class War: Saving Democracy from the Managerial Elite and Land of Promise: An Economic History of the United States, among many others.