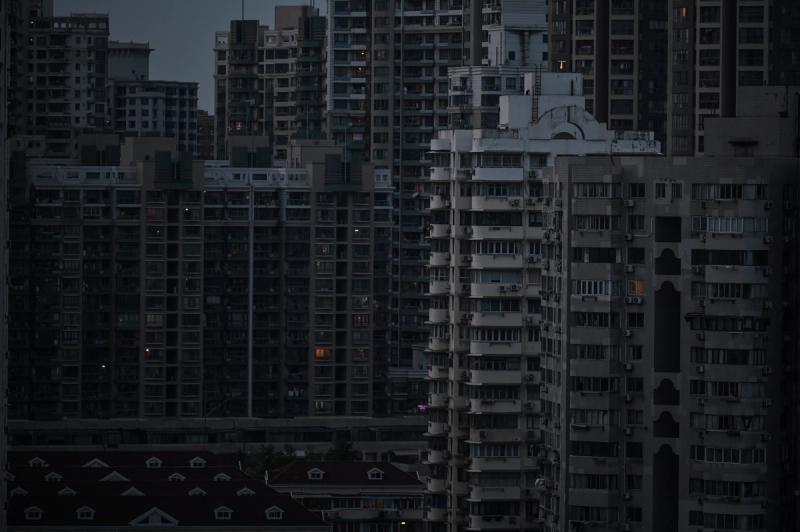 Shanghai is China’s largest city and home to the busiest port in the world. Its population is roughly three times that of New York City. For more than two weeks, Shanghai’s 26 million residents have been confined to their homes. Authorities dispatch anyone who tests positive for Covid to crowded and sometimes unhygienic quarantine facilities, even if asymptomatic. Despite this protocol, Shanghai has reported a record number of symptomatic cases. Many families are struggling to obtain food, elderly people have been denied medical care, and some young children have been separated from their parents. Every day, more videos emerge of dystopian scenes: officers in hazmat suits removing citizens from their apartments, housecats being collected and culled, people jumping off buildings, robotic dogs policing the streets.

From a Western perspective, it is difficult to ascertain whether these policies are the result of political strife inside China, or of a genuine belief in the “dynamic-clearance” strategy to identify and extinguish all outbreaks. Whatever the reason, Shanghai’s lockdown has held up a mirror to the West’s Covidian zealots.

“The brutality of Shanghai’s lockdown is an indictment of the entire lockdown ideology.”

After various restrictions failed to stop transmission in Western countries, prominent figures called for harsher measures and stricter compliance. In April 2020, Anthony Fauci endorsed the idea of a national stay-at-home order. In November, he lamented that Americans’ “independent spirit” had hampered the response to Covid-19, adding, “Now is the time to do what you’re told.” The same month, the New York Times editorial board urged US leaders to enact “much more aggressive shutdowns than have been carried out in the past,” including “full-on shelter in place.” In an October 2020 tweet, Nicholas Kristof held up the Chinese response as a model: “China took Covid-19 very seriously … and it is now reaping a benefit: a booming economy. Lessons there for the world.” His tweet linked to a Times article detailing what the Chinese model involves: “comprehensive cell-phone tracking of its population, weeks-long lockdowns of neighborhoods and cities, and costly mass testing in response to even the smallest outbreaks.”

Commentators like Kristof were echoing the many medical and public-health researchers who hailed the ruthless efficacy of Chinese methods. An October 2020 report in The Lancet favorably compared the Covid performance of the People’s Republic to that of Western states, and in December 2021, the British Medical Journal published a largely laudatory symposium on China’s pandemic response. “China mobilized quickly and within two months had contained the epidemic and eliminated local infections in the country,” enthused one BMJ editorial.

In what way, we should now ask these figures and institutions, would their vision of a hard lockdown differ from the biomedical security state that has emerged in Shanghai? Do they believe our governments would do a more humane job of enforcing mass house arrest? If American families went hungry, would it comfort the Covidians to know that this was the price of a communal effort to “stop the spread”? And if the government took the lockdown fanatics themselves to an isolation facility that had no running water, as has happened in Shanghai, would they be happy to make the sacrifice? If the state demanded the removal of a 3-month-old baby from its breastfeeding mother, would the Covidians willingly hand him over? What if it “saves one life”?

Although many proponents of Zero Covid may deny that what’s happening in Shanghai is an approximation of their own vision, Shanghai is the logical conclusion of the lockdown mindset, in which no sacrifice is ever too great. This was the mindset of journalists, public-health officials, social-media doctors, and academics who repeatedly demanded the most stringent mitigation measures possible.

The brutality of Shanghai’s lockdown is an indictment of the entire lockdown ideology, which is incompatible with basic human rights.

When China’s first lockdown began in Wuhan, Western media weren’t enthusiastic, and many outlets rightly expressed concern. China’s approach, they contended, was pitting neighbor against neighbor and was irreconcilable with democratic values. However, the attitude of journalists changed abruptly in March 2020, when fear set in and they decided that a commitment to “collective action” was more important than civil liberties. Brutal measures were, in fact, effective, many argued. Covid deaths in Europe, they said, were a consequence of antiquated Western values. With the media aflame with Trump Derangement Syndrome, Covid represented a perfect chance to heighten the dramatic stakes and condemn Trump as a mass murderer for supposedly failing to act.

Various long-held plans incubated in NGOs and government agencies were seized upon as the solution to the pandemic. The resulting catastrophes, which would have once been unthinkable, weren’t arrived at through a pure desire to “save lives.” Rather, an illusion of scientific consensus was manufactured, as several different agendas coincided. Major financial motives, the half-baked plans of self-interested bureaucrats, and disastrous social-contagion dynamics combined to create the lockdown disaster.

“For lockdowners, it was never the policies that failed—it was only the people who could fail.”

Government officials and business leaders had been participating in pandemic simulations sponsored by biosecurity think tanks going back two decades. Wargames such as Operation Dark Winter (2001), Atlantic Storm (2005), and Event 201 (2019) primed their participants to pursue emergency government decrees and rushed vaccines. Moreover, as The New York Times reported, a small faction of federal government doctors and scientists, spurred by Bush-era fears about bioterrorism, was inspired by a 14-year-old girl’s science-fair project proposing a program of “social distancing” that senior officials initially regarded as ridiculous. This faction had been waiting for years to impose measures like school and business closures.

The World Health Organization, which also praised China for its pandemic response, has long been captured by pharmaceutical interests, lending credibility to the likes of Purdue Pharma, the now-disgraced firm that helped catalyze the opioid crisis. For pharmaceutical executives, Covid represented an opportunity to market a profitable coronavirus vaccine. The WHO’s biggest private funder by far is the Bill and Melinda Gates Foundation, and the foundation has a financial stake in vaccination campaigns, including the one for Covid.

Once the vaccines became available, many people got vaccinated not because they were worried for their health, but because they hoped it would give them their freedom back. Lockdowns, Fauci recently stated, are used “to get people vaccinated.” For Fauci, though, the containment model had other advantages. In 2019, he had argued against “all the paranoid aspects” for combating infectious diseases and said that diet and exercise were the best way to prevent illness. So other than perhaps panic, what caused him to change his approach?

At the beginning of the outbreak, one of Fauci’s major objectives was to control the narrative around the virus’ origins and to cement the natural-origin theory. In 2011, Fauci and then-National Institutes of Health director Francis Collins wrote an op-ed in The Washington Post headlined “A Flu Virus Risk Worth Taking.” In it, the pair argued that “important information and insights can come from generating a potentially dangerous virus in the laboratory.” After the Obama administration banned gain-of-function research in the United States, Fauci’s institute within the NIH provided a grant to help fund such research at the Wuhan Institute of Virology in 2014.

If there were any relevant questions about the safety and ethics of this research, they were apparently ignored by the NIH’s chief of bioethics, Christine Grady, who happens to be Fauci’s wife. Sometime around late February and early March 2020, facing increasing pressure and potential scrutiny, Fauci embraced the Chinese model, which very much included total information control and censorship. Relying on “fact-checkers” with clear conflicts of interest, Facebook in February 2020 blocked a New York Post op-ed that used the available facts to speculate about the possibility of a lab-leak origin; Fauci emerged as a hero, rather than a villain, of the pandemic.

Add wildly irresponsible modeling, lack of scientific rigor, catchy slogans, scary exponential graphs, and a population addicted to television and social media—and the lockdown fiasco was achieved. In the end, lockdowns made virtually no difference globally in Covid mortality rates, as Johns Hopkins researchers recently concluded. There is a good reason China’s lockdown success has never really been replicated: The government’s official numbers may not be accurate. Almost everywhere else, Zero Covid either proved impossible and was eventually abandoned, or it ended in total failure, as in Hong Kong, which recently reported the highest Covid death rate in the world. In some places, Zero Covid rapidly escalated into blatant authoritarianism, as in Australia, where police had violent clashes with anti-lockdown protesters and people in the Northern Territory were sent to quarantine camps.

Yet officials and reporters continually pointed to the supposed success stories of Zero Covid or “hard-lockdown” countries to shame the US public into accepting ever more restrictions. These countries were proof that eradication was possible, and that viral spread was the outcome of the cultural and moral weakness of Westerners (never mind the fact that many Zero Covid countries were islands and therefore had unique geographic advantages for containment early on). For lockdowners, it was never the policies that failed—it was only the people who could fail.

More than two years after the lie of “two weeks to flatten the curve,” the verdict is in: Abandoning individual rights didn’t save society from ruin—it is how we ended up with the greatest upward wealth transfer in modern history and a social fabric even more tattered than it was before the novel coronavirus. To add insult to injury, many pundits continue to insist that our pandemic response failed not because it was based on shoddy data and pseudoscience, but because it simply wasn’t a “real lockdown.” So what is a real lockdown then? Is it beating pet dogs to death like in Shanghai? Is it people screaming for food from their balconies while drones blare the message, “Control your soul’s desire for freedom”?

These are the questions the Zero Covid cult should now answer. In 2020, corporate media outlets (and many “alternative” media outlets, as well) chose to portray everything spirited, democratic, and rights-oriented in American culture as a sin that prevented us from saving Grandma. It isn’t simply that so many political commentators “got Covid wrong,” it’s that they proved themselves incapable of understanding basic science, the economy, and, most significantly, what makes life worth living. It may be forgivable to harbor utopian fantasies, but fomenting hatred and destroying people’s lives in pursuit of those fantasies is not.

Good intentions aren’t enough. Screaming about a death rate that has proved to be inaccurate at best also doesn’t magically make lockdowns work. Neglecting and endangering the elderly while prohibiting early treatments was simply not an effective response, and quarantining healthy people through stay-home orders didn’t make it any more effective.

What is occurring in Shanghai is not only a human rights disaster—it is the beginning of a long reckoning for the West. The era of lockdownism started with shocking footage from China, and so it should end. Videos from Wuhan scared people into fearing an uncontrollable pathogen, but videos from Shanghai reveal the true horror of the Covid age: It is not the virus, but the response to it that has created hell on earth. Now that restrictions in the West have eased, it is time to confront those who pushed the madness and ask: What have you done?

Alex Gutentag is a contributing editor of Compact. 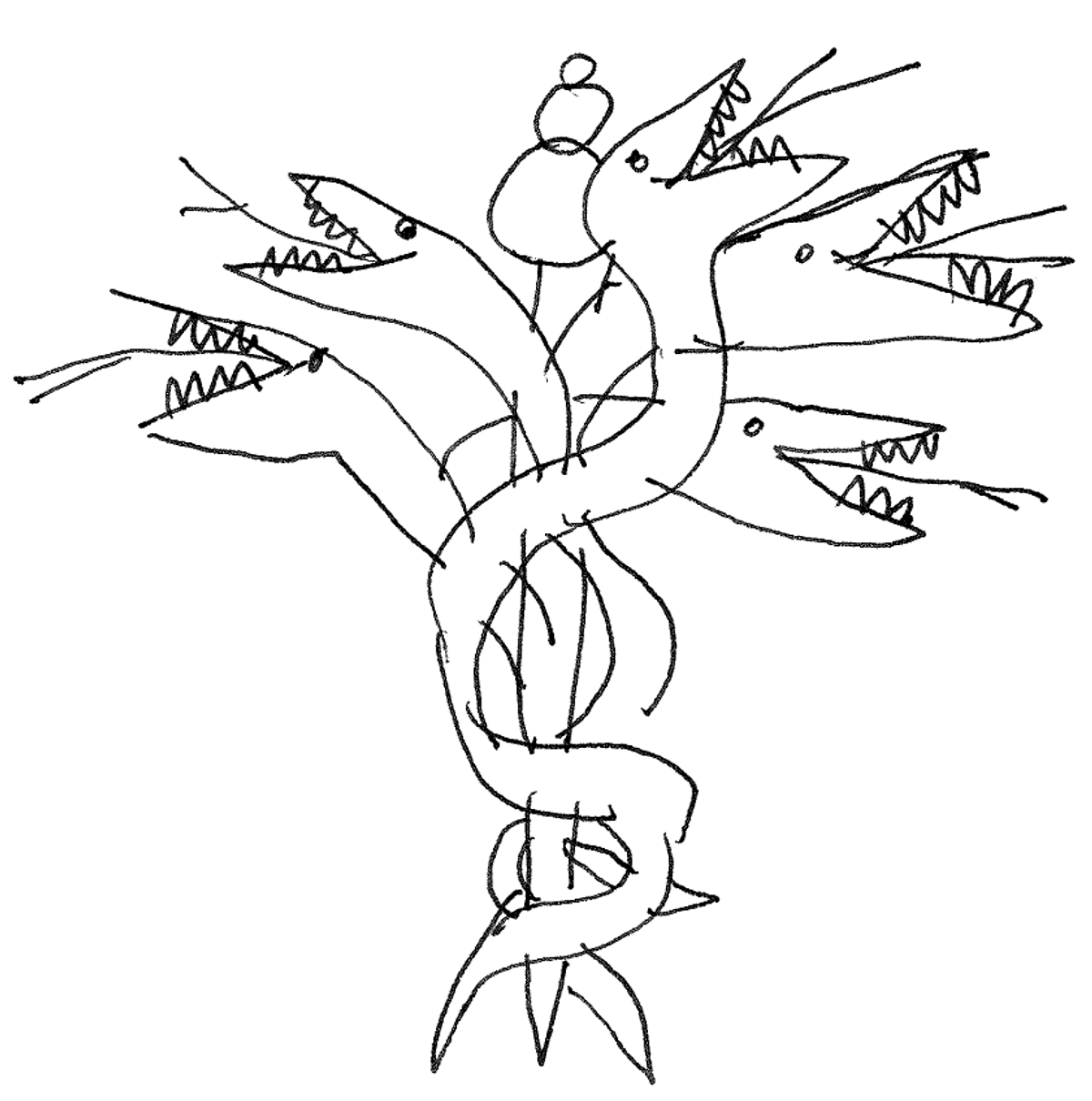 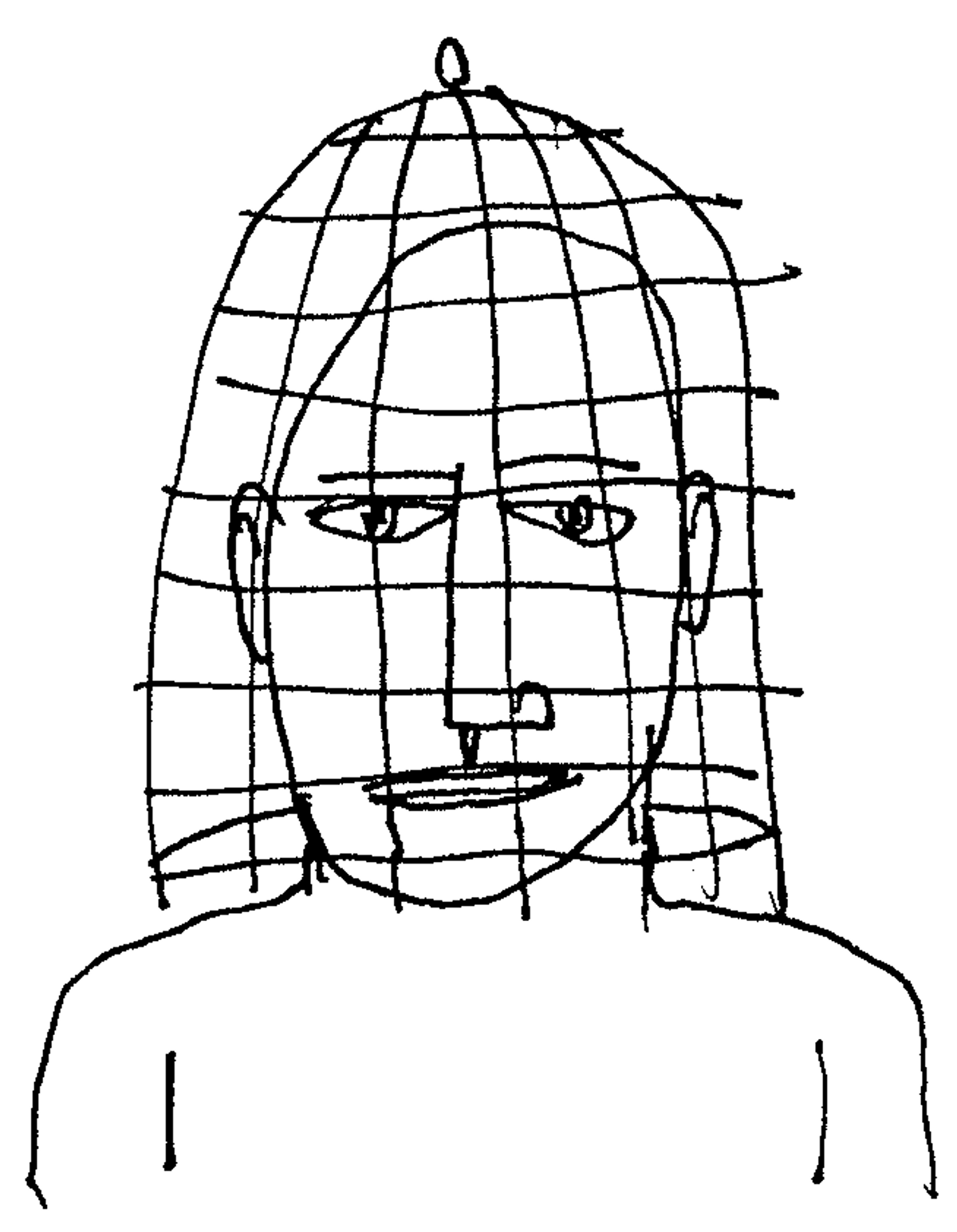