The Rise of the Anti-Feminists 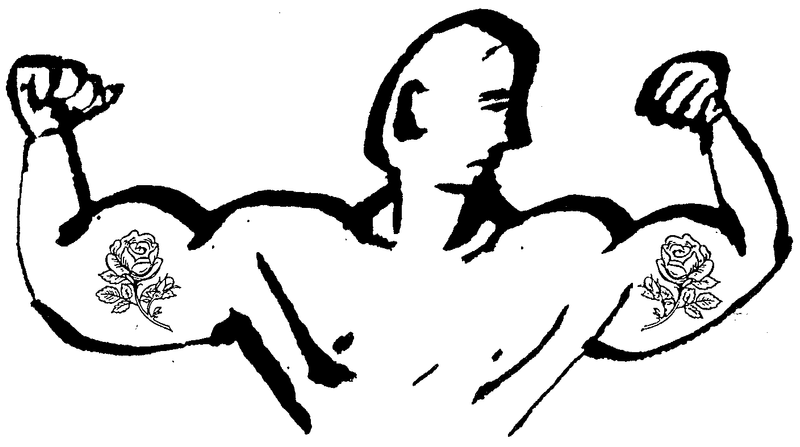 Five years after #MeToo dominated the news, anti-feminism is on the rise. In South Korea, anti-feminist coalitions helped tip the recent presidential election; in the United States, young men are pledging allegiance to internet stars who peddle aggressive masculinity. But these discontented young men aren’t maladjusted “incels.” They haven’t arbitrarily adopted a hateful ideology. Their grievances are intelligible and coherent, in part because young men in both countries are facing increasingly daunting prospects in education, employment, and marriage, although in somewhat different ways.

“Men are attacking the systems they deem oppressive.”

Faced with these conditions, anti-feminist men are adopting one of two strategies, either attacking the systems they deem oppressive, or internalizing the libertine ethos of the men who sit atop the pecking order. These responses will continue to spread, remaking relations between the sexes and disrupting our politics.

This March, Yoon Suk-yeol was voted into South Korea’s Blue House in the closest presidential election in the nation’s history. The campaign was rife with controversy, as self-identifying anti-feminists proved to be an outspoken and influential portion of the electorate. Yoon denied the existence of gender-based structural inequality in South Korea and blamed feminism for frustrating healthy relationships, earning himself an overwhelming majority of young male voters. His rhetoric made headlines as Western media outlets rushed to dub the race an “incel election” and Yoon himself the “incel president” (despite Yoon being married).

Six days after South Korea’s election, the US Secret Service’s National Threat Assessment Center released a report on the growing threat of violence from “incels.” The report stated that “misogynistic extremism” contributed to several deadly attacks across the nation. This report and the mainstream media coverage of the South Korean election amounted to a clear warning from official liberalism.

But today’s anti-feminists aren’t the chronically online, sexless ideologues who have become familiar characters in the American cultural landscape. The grievances of the anti-feminists are neither unpredictable nor incoherent. Fertility and marriage rates are declining in all developed nations. This decline is especially severe in South Korea, where the total fertility rate hit a record low of 0.81 last year and negative population growth was recently recorded for the first time since 1949.

Low-income, poorly educated, and unemployed men have been particularly affected by these trends. In a “marriage-market mismatch” scenario like South Korea’s, hypergamous women who seek higher-status mates compete for a small pool of economically attractive and educated men. And as career-oriented women increasingly delay marriage or forgo it entirely, low-income men are struggling to find wives.

South Korean anti-feminists talk less about marriage than they do about men’s declining economic opportunities, which they attribute to the influx of women into the country’s labor force. In 2021, South Korean government data showed that the unemployment rate for men in their 20s far outstripped that of any other demographic.

These circumstances, while more severe for South Korea, are also present in the United States. Labor-force participation for young men has declined by 6.3 percent over the past 20 years, while rates of participation for young women have remained relatively steady. The disparity between men and women’s education is also becoming more pronounced. Women outnumber men at all levels of post-secondary schooling, and current trends indicate that women will soon be earning degrees at twice the rate of men. A 2019 study found that unmarried American women are competing for a shrinking population of partners they deem economically attractive, one result being that women will choose not to marry with greater frequency.

In South Korea, men have responded to these trends with bitter condemnation of the system that denies them wives and wealth. There is historical precedent for this kind of political mobilization, which can turn violent in extreme cases. In 1851, high rates of poverty and sexlessness in northern China instigated the Nian Rebellion. Female infanticide had skewed the gender ratio for the region, producing a population of unmarried men dubbed “bare branches” who joined up with bandit gangs, eventually coalescing into the enraged rebels of Nian.

A different response is discernible among young men in America. Rather than mobilizing as political opponents to the winner-takes-all marriage market and workforce, these men are celebrating figures who preach hyper-sexualized polygyny. Andrew Tate, a kick-boxer turned internet personality, is social media’s latest masculinity crusader. Clips of Tate sermonizing have amassed more than 11 billion views in a matter of months. Tate’s fiery personality and relationship advice have earned him his cultish male following; he says he is “God’s favorite” and vows that he will father 20 children by “20 beauty queens.”

Underlying Tate’s more outlandish claims are themes that speak directly to the aspirations of disaffected young men. He affirms a difference in capacities between men and women, and repeatedly claims that the function of a man is to make money and assert dominance. According to Tate, high-income, “exceptional” men like himself naturally require multiple partners, while low-status men are “worms.” Tate’s platform of elite libertinism is reminiscent of prominent figures like Elon Musk and Nick Cannon. Musk has fathered nine children by three mothers; Cannon, eight children by five. Both are idolized by masses of young American men.

Neither of these two different responses, the political mobilization of Korean anti-feminists nor the worship of a philandering overclass in America, has led to an improvement in the situation of men. Yoon’s anti-feminist rhetoric exploited the grievances of Korean men, but his campaign offered few examples of substantial policy directed at improving young men’s predicament. Yoon’s pledge to abolish Korea’s Ministry of Gender Equality and Family, while popular among anti-feminist voters, is mostly symbolic. The response of American young men is similarly unproductive. Gleeful celebration of polygynous and libertine elites internalizes the reproductive inequalities that create the problem in the first place, reinforcing the zero-sum marriage game that low-status men are losing.

As men’s education and employment opportunities continue to worsen, so, too, will their marriage prospects. The dissatisfaction of young men is bound to increase. Although today’s anti-feminists lack the remedy for this discontent, their movement is an augury of the demographic disaster we will soon face. We dismiss their complaints at our peril.

Emily Vermeule is an editorial assistant at Compact.