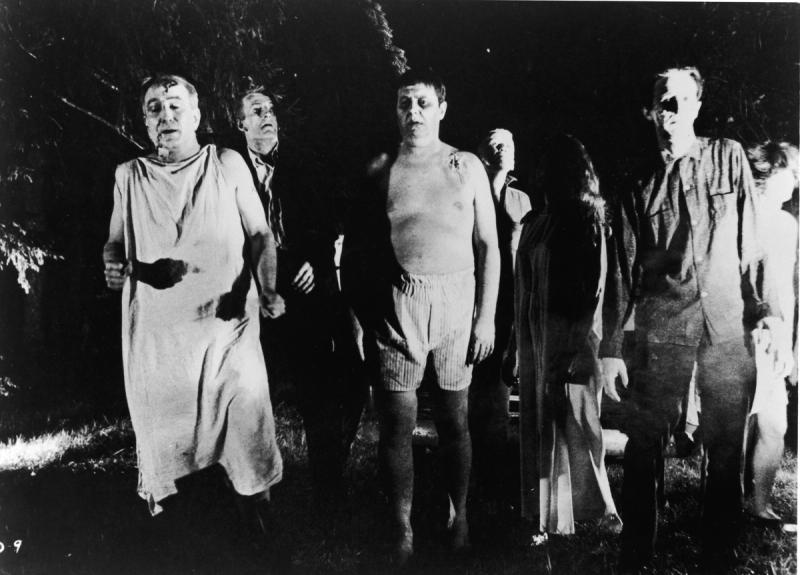 Tuesday’s Manhattan Institute gala in New York City was a show of force from the establishment right. The assembled executives, foreign-policy hawks, and pro-business editorialists celebrated two of their own, Citadel Capital chief Ken Griffin and Wall Street Journal opinion editor Paul Gigot. The message was one of renewed confidence: After several years of disruptive populism, they feel events trending their way; maybe the Reaganite dead consensus isn’t dead, after all.

Yet the same evening, voters more than 500 miles away in Ohio handed the GOP Senate nomination to J.D. Vance. The Hillbilly Elegy author ran on populist themes and a principled opposition to escalation in Ukraine—over and against the Club for Growth and other elements of the establishment right. Vance’s triumph is the latest reminder that the GOP rank and file doesn’t share the establishment’s commitments to market fundamentalism and foreign adventurism.

On many discrete urban questions, MI scholars do excellent work, which I have been happy to publish as an op-ed editor over the years. The institute deserves special credit for backing the anti-woke muckraking of Christopher Rufo, which has done much to disabuse mainstream conservatives of a starry-eyed view of corporate America. And as Gigot got up to accept an award, I couldn’t help but cheer my old boss: a consummate newspaperman with an almost monastic devotion to the principles of his Reagan-era youth.

You can’t blame the MI partygoers for thinking their time has come once more, that the old 1980s policy mix might be, if not exactly inspiring, then better than any populist alternative for meeting the challenges facing the nation. Consider:

In response to spiraling disorder in blue cities, establishment conservatives propose letting cops do their jobs, not least preventing major crimes by checking lifestyle nuisances. The strategy helped revive Gotham and other cities in the 1990s and 2000s, and the MI crowd smiles knowing that the new mayor, Eric Adams, is about as sympathetic as the current Democratic climate permits; his NYPD commissioner, Keechant Sewell, was among the attendees Tuesday night.

On public education, while the left races to destroy standards in the name of “equity” and to flood classrooms with racialist nonsense, the establishment right preaches teacher accountability, meritocracy, and colorblind social mobility—surely a more electorally attractive proposition amid growing parental activism.

Many of these policies are sound as far as they go. Some might be endorsed by populists. But they aren’t enough to meet our challenges. For that we need something less militaristic abroad and less in thrall to business. The right wing of the American overclass might temporarily alleviate some of the symptoms, but voters in places like Ohio aren’t letting it off the hook, perhaps because they remember its role in causing the disease:

Defunding the police is a stupid and sinister idea, yes, and proactive policing shouldn’t be abandoned. But it’s worth recalling that no less a figure than former NYPD Commissioner Bill Bratton has blamed Reaganite austerity for the fact that police are now the last remaining “safety net,” the last vestige of society after decades of neoliberal economization thinned out every other support structure.

Mobility—the right’s educational watchword—is an ideological invention of relatively recent vintage. Mobility talk legitimates a starkly unequal society with a hereditary overclass, where “​​it would take an average of six generations for family economic advantage to disappear,” according to a 2018 Brookings study. Fact is, the highly financialized, service-oriented economy the Reaganites created doesn’t need a broadly competent and dignified working class; an insecure underclass will do just fine.

Stopping the presses at the Fed won’t be enough to save Ohio and states like it. According to research by economists David Autor, David Dorn, and Gordon Hanson, Ohio is one of the states most grievously afflicted by manufacturing job loss as a result of the free-trade policies the establishment promoted, with many counties losing between $5,000 to $10,000 in the value of goods produced per worker had the goods been made domestically, rather than in China. And as I have noted in these pages, it was the GOP establishment that demolished private-economy labor unionism, a pillar of working-class dignity, solidarity, and market power.

None of this is to mention the bloodletting and waste of the post-9/11 wars for “democracy” launched by the Bush administration, blunders for which the establishment right has shown no remorse and accepted no accountability. Not six months after the ignominious closing of those wars, the same people are agitating for more, this time in Ukraine and in the face of a nuclear power.

In April, National Review’s John McCormack wrote that a loss for Vance would be “a sign that his brand of populism simply isn’t as popular as he and many others imagined.” But Vance won, beating out candidates who adhered more closely to establishment orthodoxy.

So no, the dead consensus isn’t, strictly speaking, alive—it’s undead, having crawled out of its crypt to be toasted at Cipriani on 42nd Street.