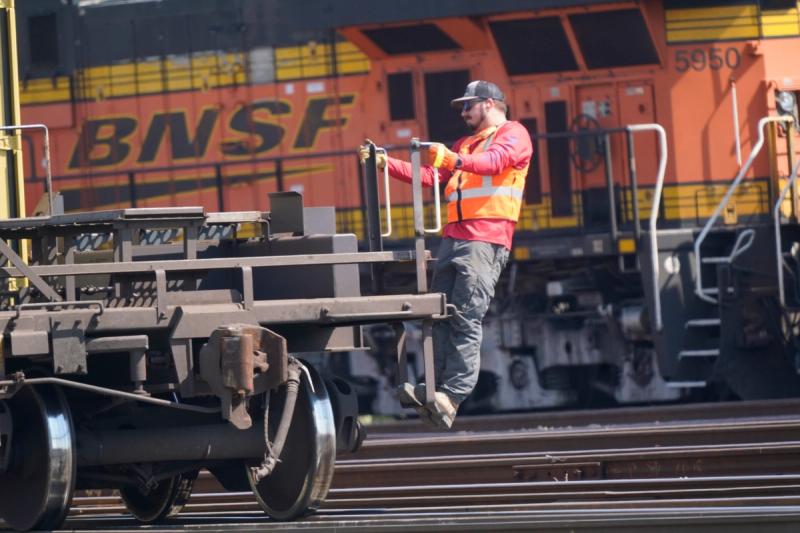 The Book of Deuteronomy instructs, “You shall not oppress a hired worker.” Apparently, no one told President Biden or the rest of the political-industrial complex. Last week, they united to stifle a potential strike by railway workers, the first one in years. It’s too costly for the economy, the DC types moaned, the workers are being unreasonable.

Hardly. The rail workers were merely asking for a handful of sick days, something the professional class regards as a matter of divine right. Half the House of Representatives still won’t show up for work for fear of even potentially falling ill. But railroad workers must be forced to work and take sick days on their own dime. The hypocrisy is rank—but also revealing. The country’s political class has very little regard for blue-collar work or the people who perform it. That needs to change.

Standoffs like this aren’t very common anymore. For many in power now, the very idea of a rail strike sounds somehow anachronistic, a throwback to the labor battles of the late 19th century.

That’s because the winners of our modern economy aren’t accustomed to thinking about where their consumer goods come from. As Biden put it last week, “10 years ago, how many of you knew what the hell a supply chain was?” The answer is: everyone who works a production job. But thanks to services like Amazon Prime and UberEats, America’s professional-managerial types inhabit a world where goods appear on their doorsteps, as if by magic.

Nor do those people spend much time considering the workers whose sweat and toil makes their lives possible—except when it comes time to lecture them about their politics, or to send reporters to gawk at them in the pages of The New York Times or The Washington Post.

For those who stand at the pinnacle of our society and our economy, America’s blue-collar workforce has become increasingly invisible.

As it turns out, the rail workers had good reason to threaten a strike. Right now in the United States, rail workers aren’t guaranteed paid sick days. They must use vacation time for any illness, and here’s the best part: They must request that vacation time in advance. Of course, as anyone who has been sick knows, it’s nearly impossible to forecast an illness before it happens. That’s how the current standoff started: Railway workers wanted sufficient paid leave to cover illnesses, and the big companies didn’t want to provide them, despite the fact the rail companies are more profitable than ever. How have they gotten so profitable in just the last few years? By cutting the number of rail jobs and working laborers harder.

“The rail workers had good reason to threaten a strike.”

The record profits of the rail industry have been a tremendous victory for Wall Street. Not so much for workers. And when those same workers had the temerity to reject the “compromise” Biden, management, and union bosses reached largely by ignoring them, the most powerful institutions in American society promptly lined up to shut them down. Management. The White House. Nancy Pelosi and her cadre of House Democrats. And, of course, the Senate—with the help of too many Republicans. Together, they used the full force of the federal government to cram the very contracts the workers voted against right back down their throats.

No member of Congress or White House bureaucrat would ever have accepted this bad bargain, to say nothing of the Fortune 500, where white-collar employees just spent the last two years working “remote.” Many of them are still at it. And yet somehow, Biden and lawmakers decided even a few sick days for railway workers was a bridge too far.

Which raises the question: Do we want blue-collar work in this country or not?

The reason anti-worker attitudes are so prevalent among the powerful is simple: More and more of our leaders embrace the idea that blue-collar labor is inherently low-status, even embarrassing. Today’s professional and political classes want everyone to look and act like them. Go to an expensive college. Take on five or six figures in debt. Get married late, defer having children—or don’t have them at all—and work an office job. Be a good little consumer, and don’t cause a scene.

And this formula has indeed worked, for a sliver of the population. Meanwhile, real wages for most Americans are falling, fewer Americans are getting married, fewer still are having families, and millions of able-bodied men are out of the workforce.

Wall Street and Washington say this anti-worker agenda is the natural order of things. They’re wrong, as usual. We don’t have to follow this path—and we shouldn’t a moment longer.

If conservatives care about stopping “woke capital,” they should support American workers at the bargaining table, not undermine them at the first opportunity. There is a reason the woke capitalists eagerly ship jobs to China and elsewhere overseas. They don’t want to have to deal with American workers: They don’t want to pay them American wages or give them any say over the direction of American companies. But that should be exactly what conservatives want. The only way to solve the problem of corporate wokeness long-term is to make the liberal C-Suite accountable to God-fearing, patriotic American workers.

And if conservatives care about healthy towns and schools and churches, as they always say they do, they should support the kind of work and wages that nourish those institutions and make them possible.

“You shall give [the worker] his wages,” Deuteronomy warns, “lest he cry against you to the Lord, and you be guilty of sin.” Sin. There’s an old-fashioned word. For conservatives, it ought to be a reminder that winning a better deal for America’s workers isn’t just an electoral imperative. It’s a moral one. The question now is whether we will take that duty seriously.

Josh Hawley is a US senator from Missouri.

How To Reconcile Unions and the GOP 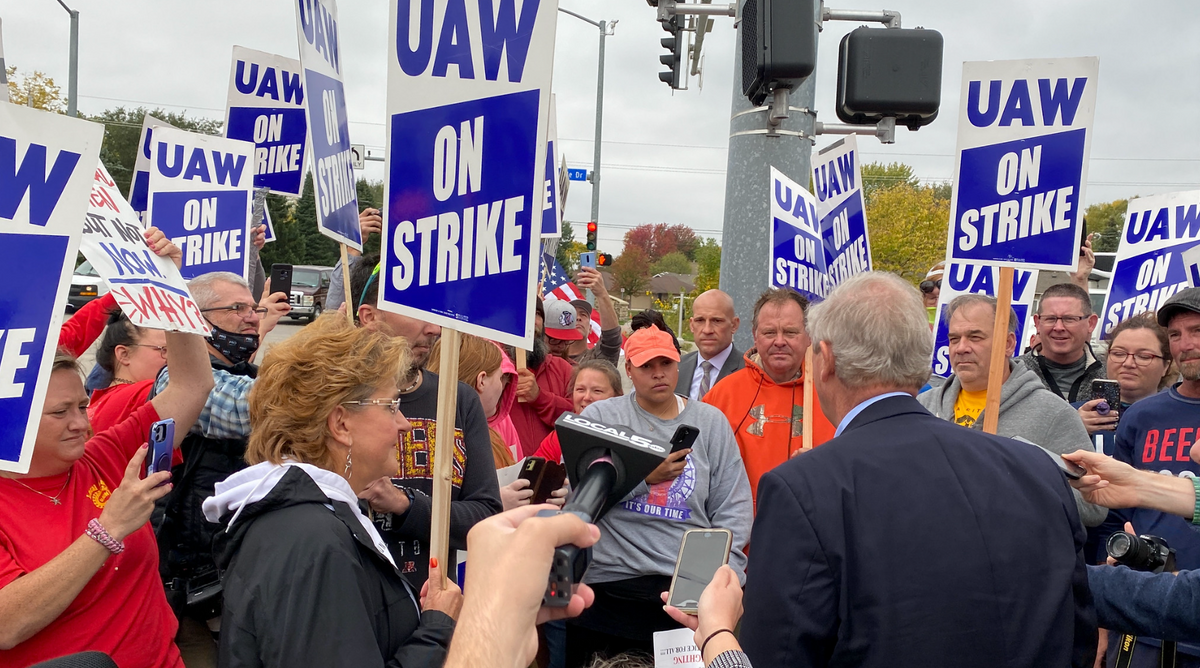