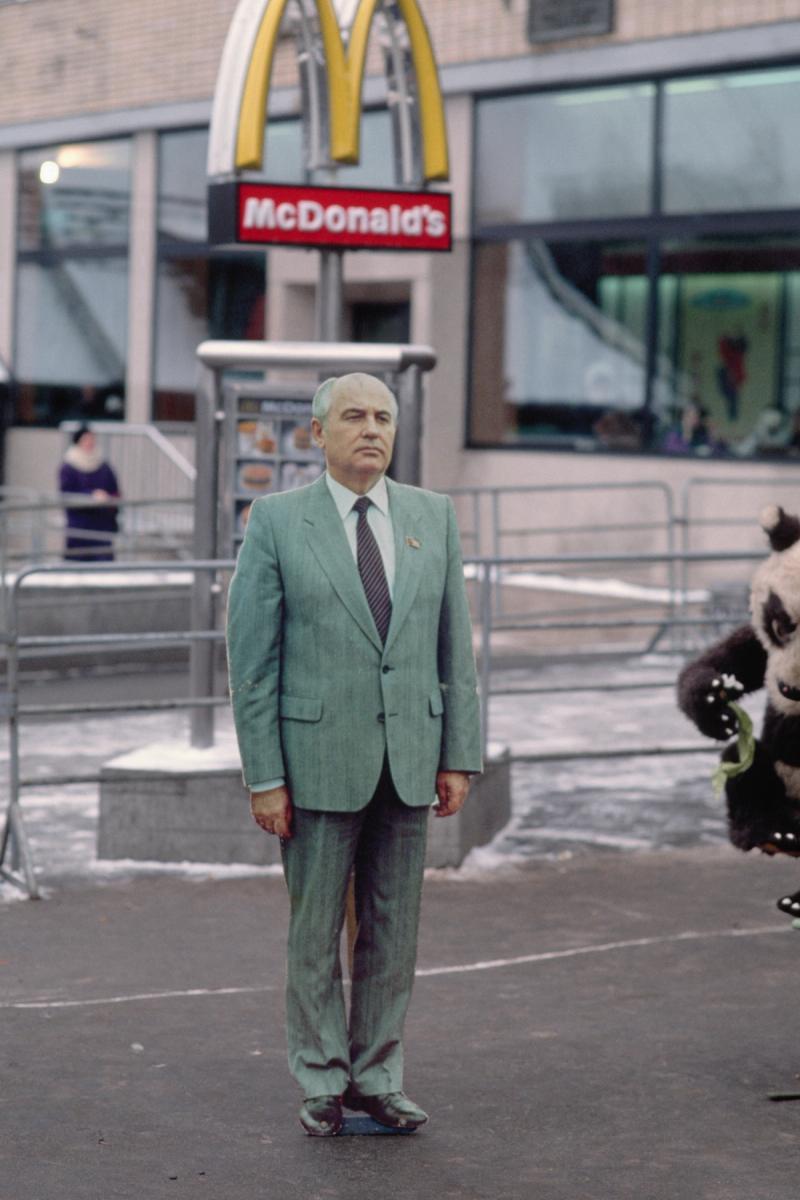 Mikhail Gorbachev’s biological death is his second death. Symbolically, he died with the dissolution of the Soviet Union. His role was a purely negative one, that of a vanishing mediator: He “tore down the Wall,” he set in motion the disappearance of the Communist system, and he is remembered and praised for allowing this disappearance to take place in a peaceful way. Gorbachev played his role honestly—so what went wrong? Why did peretstroika turn into katastroika?

An explanation might be found in the process of de-Stalinization launched by Khrushchev in 1956 and continued through the Gorbachev era. Khrushchev, who made his wager amid the last gasp of Communist ardor, began by rehabilitating the military leaders shot in 1937, such as “the Red Napoleon” Mikhail Tukhachevsky. Meanwhile, the last to be rehabilitated—already in the Gorbachev era, just before the collapse of the regime—was Nikolai Bukharin. This was a telling omen of the turn toward capitalism: The Bukharin who was rehabilitated was the one who, in the 1920s, had opposed forced collectivization and advocated the pact between workers and peasants (owners of their land) with the famous slogan “Get rich!”

More telling still, for those wishing to understand perestroika’s failure, is the one figure who was never rehabilitated, excluded by the Communists and anti-Communist Russian nationalists alike: namely, Trotsky, the “wandering Jew” of the 1917 Revolution, the true anti-Stalin, the arch-enemy, opposing the idea of “building socialism in one country” with his vision of a permanent revolution.